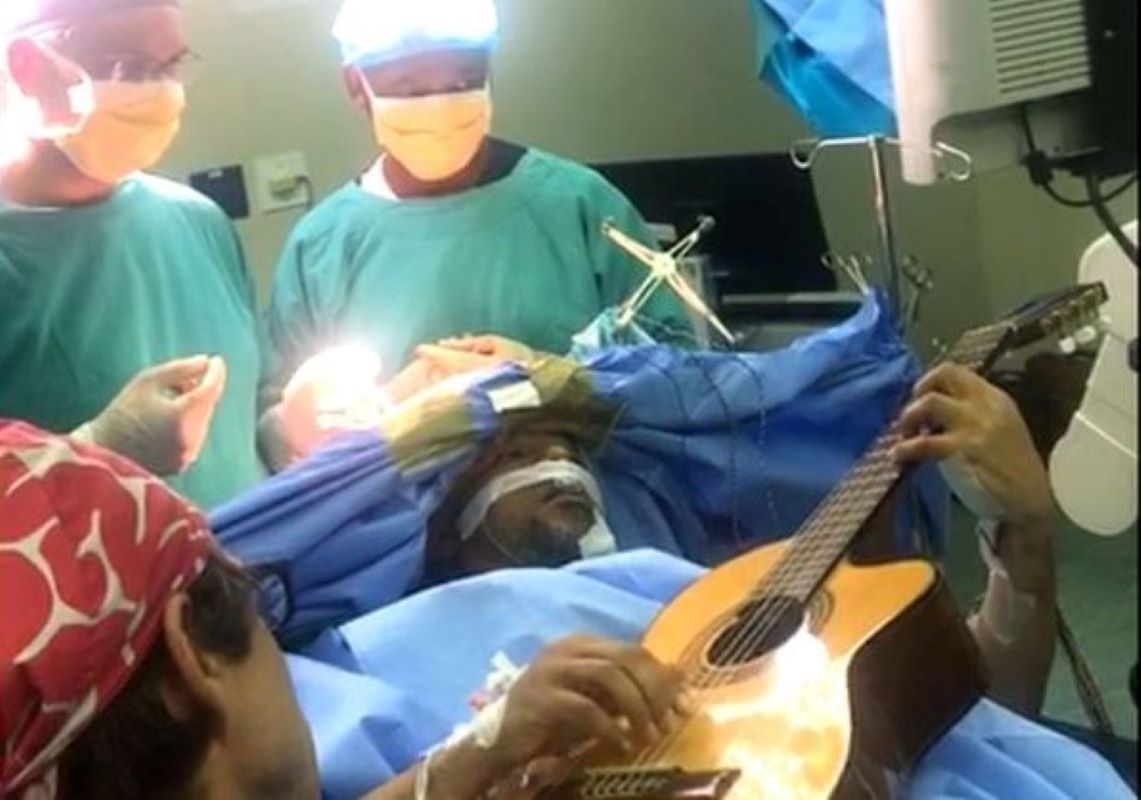 Essential funds for the brain surgery of a jazz star

Jazz veteran Musa Manzini is once again facing an uphill battle with R200,000 needed to fund his life-saving operation.

The jazz guitarist made waves in 2018 by gently playing his guitar in a rare six-hour ‘awake’ operation to remove a brain tumor. Although people normally stay awake during a craniotomy, it was heartwarming that Manzini was able to do what he loves most during the critical surgery.

Manzini is still struggling with the same benign tumor, however, and has had a total of four surgeries since 2006.

According to the Daily Sun, its former director and family spokesperson, Mark Roth, claims that around 200,000 Rand is needed for the operation and that they have already received 30,000 Rand from the South African Music Rights Organization ( Samro).

“Musa was admitted to the Sandton Medi-Clinic on June 29, but due to COVID-19 he has not worked for almost two years and has no money.”

Due to Manzini’s lack of medical aid funds for tumor removal, he was later transferred to Helen Joseph.

Roth said the private hospital was ready to go but there was no money for the procedure.

“Right now he’s lying there in excruciating pain. We are appealing to the public, government and everyone to help us raise funds for his operation.

The early stages of Manzini’s tumor

Musa’s medical complications with his brain tumor began in 2006 when he suffered a seizure after returning from touring.

Manzini grew up in Inanda, north of Durban, and started playing guitar in high school.

I asked the old man if he could buy me a guitar and he said, only if you passed all of your school subjects with honors. So I did that and the old man bought me a guitar, that’s how it started, ”Musa said in an interview on Carte Blanche in January of this year.

Manzini went to study at the University of Cape Town (UCT), where he earned a Bachelor of Music degree and spent another three years as a part-time lecturer.

Manzini’s versatility on electric, acoustic and double bass guitar saw him work as a musical director with Mfundi Vundla and become a marker on iconic soap operas like Generations and In the wings.

At the top of his game

A few years before his tumor was discovered, Manzini was at the top of his game.

From 2000 to 2004, Manzini released three albums – New thoughts, Tributes and memories and my bass. Three albums in the span of five years is an impressive comeback and is one of the many reasons he is so revered in South African jazz circles.

SA: Joy of Jazz will organize a drive-in festival