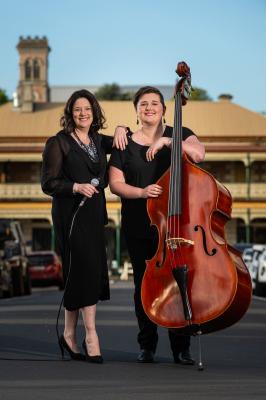 THE sound of jazz will return to the Limestone Coast pantry next month with the first performance of The Corner Big Band.

After getting tired of waiting for opportunities to hone their musical art amid the Covid-19 pandemic, Laura Small and Shylie Harrison incubated the idea of ​​starting a big band.

After 18 months of planning, modeling, budgeting and more, the duo decided on one season per year with two terms.

There are expected to be 17 musicians and three live events hosted by the band each season.

Junior players will also have the opportunity to audition to join the group in season two and sit alongside Mount Gambier’s top musicians in a mentorship program.

This program would allow participants to eventually register for a position at Générations en Jazz in 2024.

“We wanted to create a model that saw our players go from ‘pay to play’ to ‘play to pay,’ Ms. Harrison said.

“It was so important to us because the arts industry has been decimated and continues to be severely affected by the Covid 19 pandemic.”

Ms Small said the band’s name was influenced by the style of music the duo wanted to play.

turned into a vocal by Manhattan Transfer, ”Ms. Small said.

“We thought it would be the perfect opening for our concerts and we thought why not use it as a name too.

“We want to take audiences back to the swing roots of the 1920s and 1950s, to relive or revitalize the love of classical jazz composers of the time, from Basie to Nestico, Thad Jones, Duke Ellington to name a few. -a. “

She said they wanted to keep the same passion and interest in jazz music at Mount Gambier after James Morrison Academy took on a new direction.