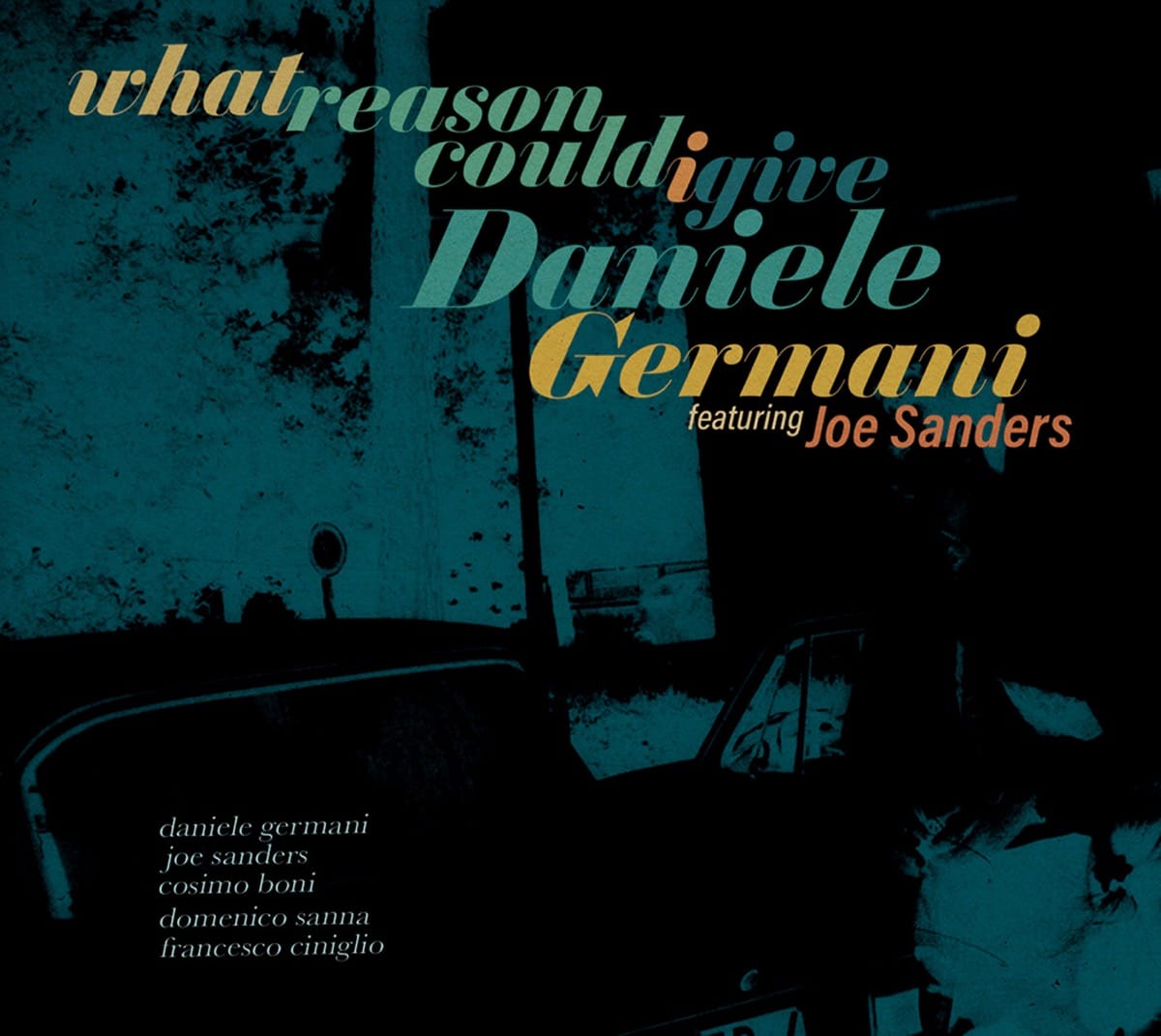 Daniele Germani: what reason could I give

Based in New York City, Daniele Germani learned the saxophone at age 11 and by age 20 he played jazz in Rome, Paris, Amsterdam and Brussels, then studied at the Frosinone Conservatory in Italy and the Berklee College of Music in Boston.

Since then he has performed in clubs and festivals in Europe, South America and the United States with artists such as Dave Douglas Octet, Leo Genovese, Dave Douglas, Bob Moses and George Garzone, as well as his own quartet and that of Cosimo Boni; 2021 saw the release of two albums on Gleam Records (A Congregation Of People and Xenya).

Released by Cicaleto Recording in Italy and featuring Paris-based American bassist Joe Sanders, this third offering includes 12 tracks, four featuring the Ornette Coleman tune from the record’s title, the other eight being composed by Germani.

Anything But A Screen opens the set with an interplay of strong, established chords from Italian pianist Domenico Sanna and lazy, playful Germani saxophone over challenging drum action. As Long As You Accept Me also features a dark piano and sax, with the leader’s longtime collaborator Cosimo Boni energetically joining on the trumpet, while Sanders and drummer Francesco Ciniglio (Italian, but also Parisian) are busy to the rhythm.

Parallels boasts of beautiful, very lonely hornwork, and the Germani-Sanders Origin co-writing kicks off on a lively percussive passage, with twin horns paired to lively drum rolls, submerged and punctuated basslines and a cascade piano. Meanwhile, the bouncy and mixed Heavy Lights give way to a low-key scat vocals preceding cacophonous horn work.

Germani’s writing and arranging is on the money for sure, but the most interesting entries are the four very different but concise takes (the longest sets at 1.59) on What Reason Could I Give For Coleman. The former is a slow, plaintive reflection via piano and saxophone, while the latter takes up a rumba tempo with many curved bass notes, and Version III features extensive underlying trumpet passages with saxophone closure. and battery on top. Finally, What Reason Could I Give IV sees bass and saxophone hesitantly bounce off each other before closing to a high, shiny horn. These would make a fabulous EP.

This is a solid set, mixing originals and covers (or versions of a reprise), delivered by virtuoso players who excel at slipping into individual interludes of exploration and improvisation while coming together to function as a tight and cohesive musical unit.