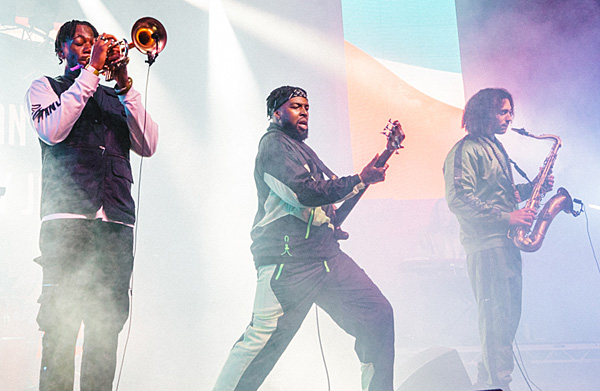 Dance, Don’t Swing: the new jazz scene in London and the UK

Over a long weekend at the end of August 2021, DJ, broadcaster and contemporary music specialist Gilles Peterson and his Brownswood record label hosted the We Out Here (WOH) festival in Abbots Ripton, Cambridgeshire, at 80 miles north of London. 20 steps. 15,000 participants. Peterson called it “British Woodstock Jazz”.

The We Out Here festival? nominated for a 2018 double album on the Brownswood label? showcased musicians from the burgeoning British jazz scene, one of the most dynamic, experimental and popular jazz scenes have appeared since the beginning of jazz fusion in the 70s, or perhaps since Dizzy Gillespie collaborated with Chano Pozo and created Latin jazz.

What is British jazz? Obviously, this is modern British jazz. Beyond that, it’s hard to define, except to say that it combines elements of traditional jazz with ethnic and cultural ingredients associated with British musical culture: African, Caribbean and sometimes Indian influences, among others. It is both an improvised and elastic groove. The artists involved in the uprising explore, for example, spiritual jazz mixed with synth sounds or brass arrangements pulled by an afrobeat impulse. Acoustic and electronic sounds mingle with funk, African and Caribbean rhythms. Soul and R&B voices soar on jazz-funk rhythms with references to dancehall, calypso, soca and highlife.

It’s hard to tell who is in the scene and who is not, but the WOH 2021 range included several of his main musicians and groups: Nubya Garcia, Alfa Mist, Sarathy Korwar, Chiminyo, Ashley Henry, Ezra Collective, Moses Boyd, Matthew Halsall, Tenderlonious, Sons of Kemet, Joe Armon-Jones, Yussef Dayes, Emma-Jean Thackray . The festival also hosted old school beat DJs Kruder & Dorfmeister and James Lavelle, suggesting that while this style of jazz is rather what style group is dominant in the UK, it hasn’t forgotten its roots.

“Joining the musical dots between soul, hip hop, house, afro, electronica, jazz and beyond, we present both exceptional live music and some of the best record collections in the world. “, states the” About “page of the WOH Festival. It’s a decent description of current British jazz and its vinyl-centric, club-based roots.

Founded in 2009, Gearbox Records in London have recorded and released records from some of the biggest names on the scene: Binker and Moses, Sarathy Korwar, Theon Cross and newcomer Graham Costello’s Strata. Gearbox is an audiophile-friendly label with a state-of-the-art recording, mastering and vinyl cutting facility and Audio Note-based monitoring system (see sidebar). They cut their own lacquers on a Haeco Scully lathe with a Westrex 3DIIA cutting head, driven by Westrex RA1700 amplifiers. Their records are pressed in some of the best pressing factories in the world. Gearbox even employs its own vinyl mastering and cutting engineer, Caspar Sutton-Jones ?? who also plays saxophone in the London funk band Space Ghetto. Gearbox discs come in poly vinyl lined sleeves. 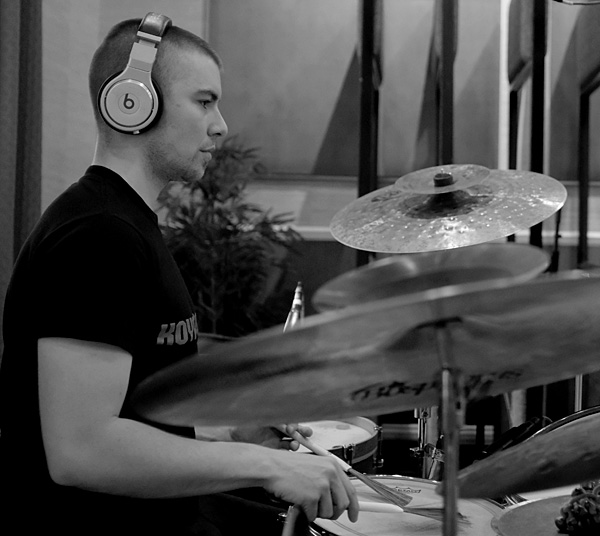 “Binker and Moses were [among] our early contemporary artists, â€Gearbox owner, founder and producer Darrel Sheinman wrote in an email. Binker Golding plays the saxophone; Moses Boyd is a drummer. ” Their Dem Ones arrived in 2015; I was blown away by their refreshing approach to free jazz. They followed with Journey to the mountain of eternity, which spawned two live versions of the album recorded during their launch concert at the Total Refreshment Center in Stoke Newington, north-east London, which quickly became a hub of the new British jazz scene. Binker and Moses will release a new record in 2022, co-produced with Hugh Padgham at Peter Gabriel’s Real World Studios. ” 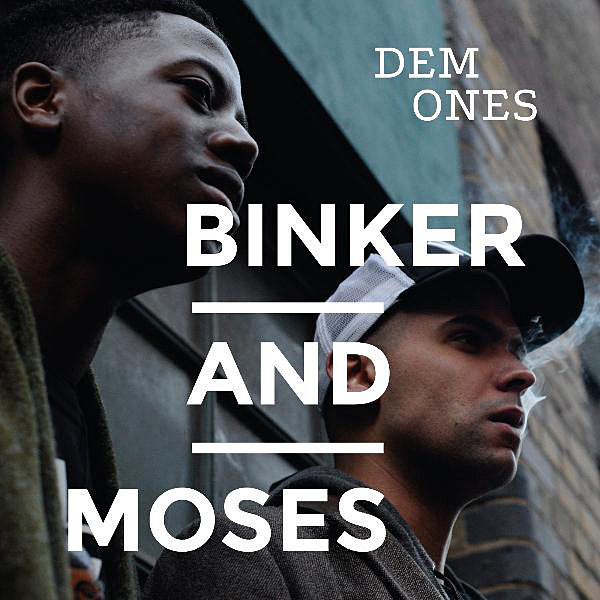 At Dem Ones, Binker and Moses improvise on agile grooves and free and twirling melodies. Binker and Moses are at their best when the mood is light and spirited, the grooves open and airy. Journey to the mountain of eternity is more mature and also more experimental; the duo is no less free and spontaneous, but here Golding brings a wealth of new ideas and the album adds clever studio effects. As with all new Gearbox recordings (footnote 1), the sound quality of the vinyl is exceptional.

The Church of Sound
An influence that may not be obvious but does have a musical meaning: British jazz has some of its roots in the spiritual jazz of John and Alice Coltrane, Lonnie Liston Smith, Albert Ayler and Pharoah Sanders. “Sarathy Korwar, drummer, producer and songwriter gave us the Church of Sound recordings, which we released as My East Is Your West in 2018, â€Sheinman told me (footnote 2). â€œThe fusion of the spiritual jazz songbook with Indian instrumentals was truly original. 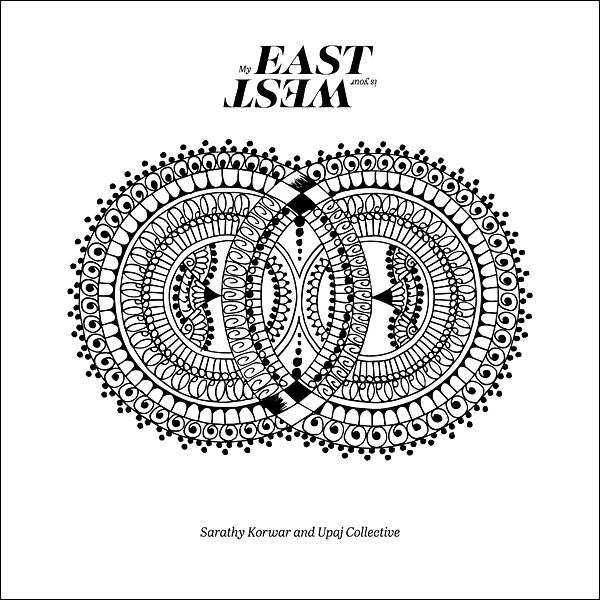 My East Is Your West seems to come from the same tradition as that of Joe Harriot and John Mayer Indo-Jazz Suite, the many albums of Trilok Gurtu and that of John McLaughlin Shakti: spiritual jazz through a classical Indian setting. This is an exciting and moving performance by drummer / percussionist Korwar and the UPAJ collective: Domenico Angarano, acoustic and electric bass; Aravindhan Baheerathan, bansuri; Giuliano Modarelli, acoustic guitar; Al MacSween, keyboards; Tamar Osborn, baritone saxophone and transverse flute; Jasdeep Singh Degun, sitar; John Ball, santour and tabla; Jesse Bannister, alto saxophone; Aditya Prakash, vocals; and BC Manjunath on mridangam and kanjira. Cerebral and dreamlike versions of “Hajj” by Abdullah Ibrahim, “Journey in Satchidananda” by Alice Coltrane, “Earth” by Joe Henderson and “Utopia and Visions” by Don Cherry stay with you long after the arm is at rest. . 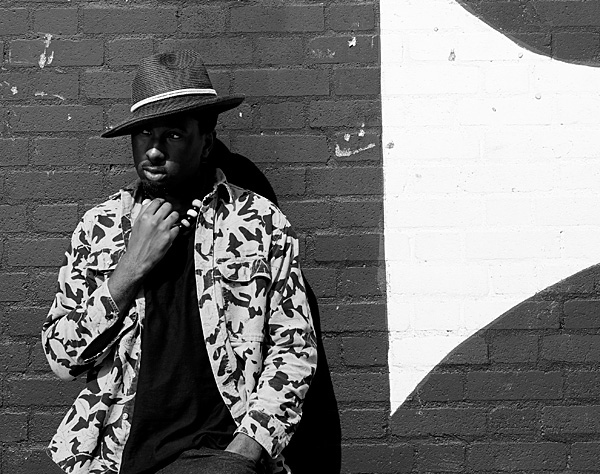 Deep roots
Tuba-driven grooves and minimalist tenor saxophone melodies with percussion-inspired rhythms, West Africa and the Caribbean: Theon Cross’s 2019 album Fyah remember some of the music I heard on the New York subway? I think of the trumpet, baritone saxophone and percussion trio Too Many Zooz, although they have more heat and less slog. â€œI first saw Theon Cross perform at the Love Supreme Festival in the UK,â€ Sheinman told me. Cross, who plays the tuba, is also a member of Sons of Kemet. â€œHis dynamism and the audience that accompanied him jumping in the mosh pit was vital, especially for an old punk rocker like me! Fyah is firmly rooted in his jazz / beat, his crossover. â€Nubya Garcia and Moses Boyd also appear on the album. 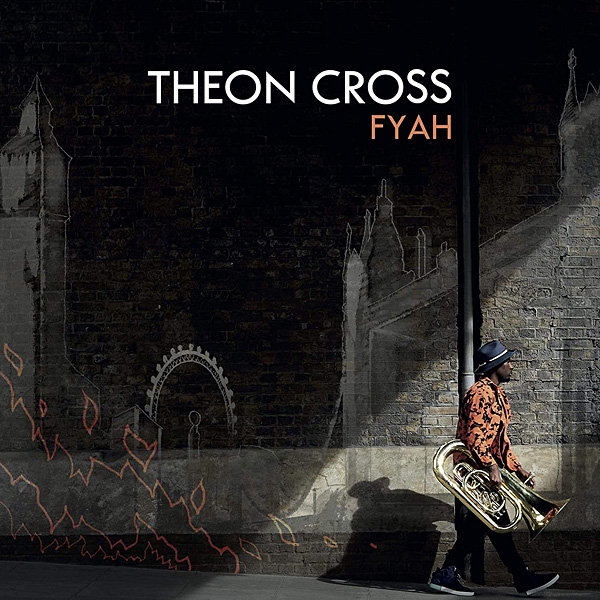 Traditionalists take note: this music is not traditional. British rhythm sections rarely use walking basslines or the eighth / 16th dotted ride cymbal rhythm popularized by everyone from Zutty Singleton to Jo Jones. Jazz is not the UK’s first musical language, and they don’t feel indebted to its rules. The music can sound like Quiet Storm one minute (footnote 3), calypso the next, and overheated Nigerian highlife the next. With little pressure to conform to the standards of American jazz standards, British musicians are free to rely on their the legacy of jazz, including saxophonists Courtney Pine and pianist Steve Williamson, and ancestors such as Don Rendell, Michael Garrick, even experimental pianist and composer Keith Tippett. They are also free to embrace the music influences of their youth, largely based on UK club and rave culture.

Origins
Meanwhile, an older generation of jazz musicians was planting seeds. “Gary Crosby played bass in the Jazz Warriors. Then he created an organization called Tomorrow’s Warriors,” Gilles Peterson noted from his London office, via Zoom. 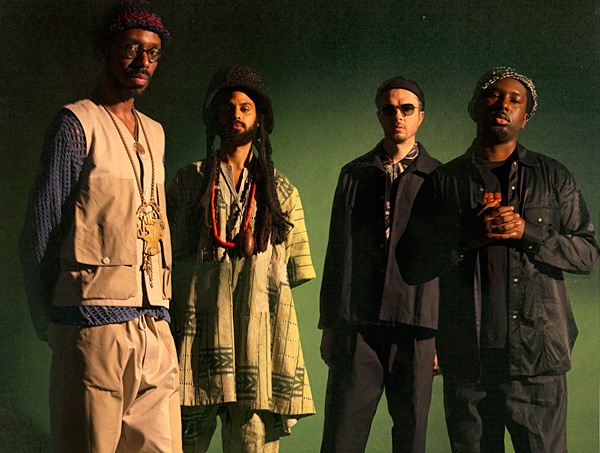 Tomorrow’s Warriors, which Crosby created in 1991 with his partner Janine Irons, is â€œan entry point for young musicians to learn with virtually no government funding. This schooling informed Garcia, Hutchings and Son of Kemet. Shabaka received his education from the elders of the Warriors of Tomorrow.

Crosby’s program combined discipline and freedom in the great tradition of jazz. As a result, â€œThe artists have good technique and are well anchored in the jazz of their predecessors. It is this respect and understanding of the greats, as well as the wonderful musicians of the recent past, mixed with their own new ideas, which caught the attention of the jazz audience. ” The Warriors of Tomorrow also nurtured Moses Boyd, Cassie Kinoshi, Femi Koleoso, and Binker Golding, among others.

Footnote 1: As opposed to vintage recordings released on the label from broadcast recordings, like recent ones by Don Cherry and Thelonious Monk.

Footnote 2: Church of Sound is a concert series at St James the Great Church in London. My East Is Your West was recorded live there during a sold-out show.

Footnote 3: I had to look for this one. “Quiet Storm” is a sweet and jazzy subgenre of R&B that had a moment in the 1980s. The name of the genre comes from the Smokey Robinson song of the same name.Jim austin