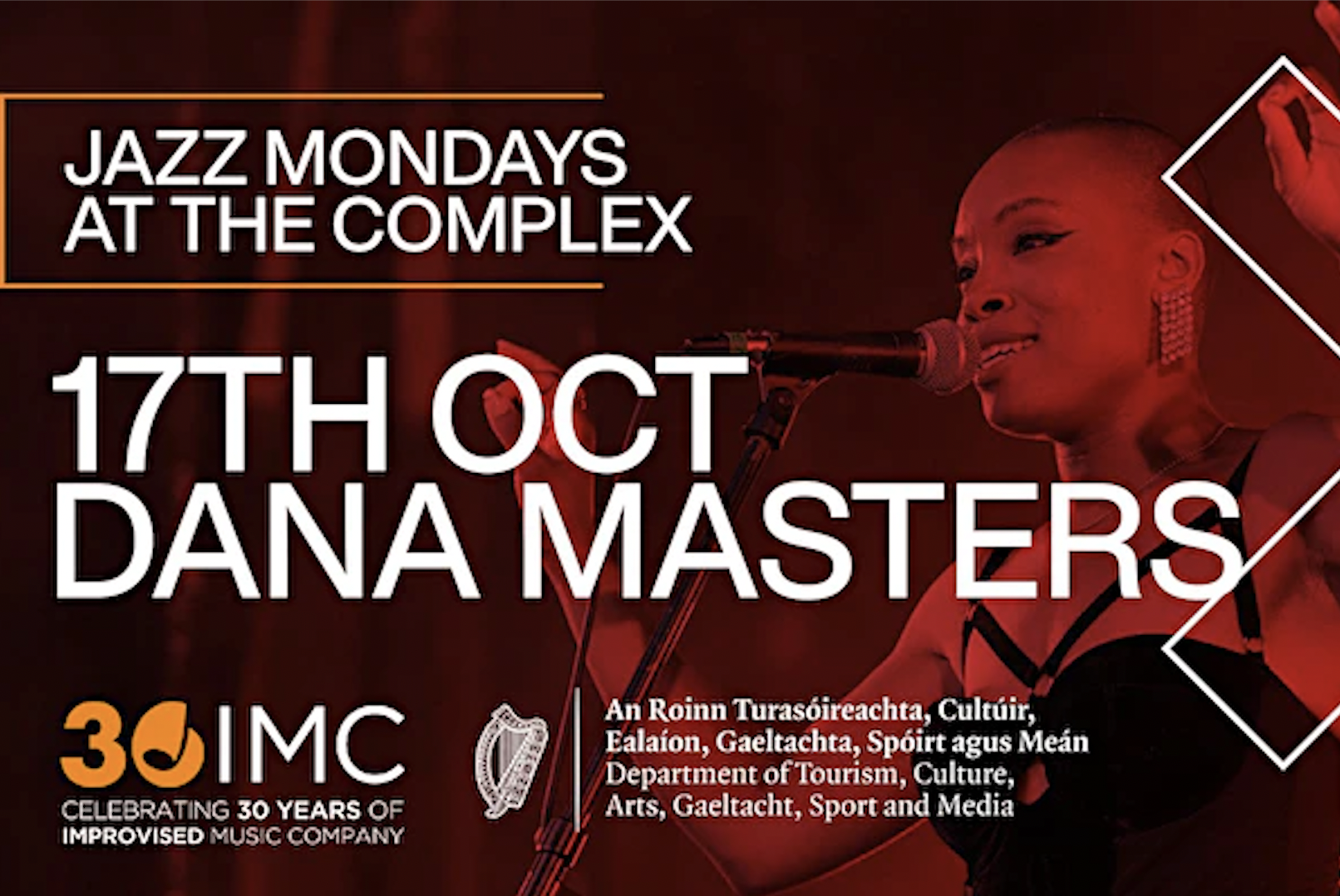 Jazz Mondays is a three-concert series presented by The Complex in partnership with IMC bringing smooth, sophisticated sounds to The Depot, beginning with the powerful voice of Dana Masters and band (Oct. 17), followed by innovative pianist Cormac McCarthy (Oct 24) and virtuoso jazz guitar duo Aengus Hackett/Mike Nielsen (Oct 31) who will perform a cool evening of Cole Porter.

On Monday, October 17, Dana Masters and her band kick off the series with searing storytelling through Dana’s powerful voice and lyrics. The adopted Irish queen of soul, Dana Masters, was raised in the Deep South of the United States, in a family where music has always played a role in church, community and civil rights; her grandmother was a social activist. Meeting her husband – Northern Irish clergyman Andrew Masters – in Los Angeles, Dana eventually moved with him to Northern Ireland and fell in love with the island’s charms and wild winds. She was adopted by the Belfast jazz scene and, playing with trumpet player Linley Hamilton, Dana found herself singing one night, while heavily pregnant, for an audience that included Van Morrison, and became the backing vocalist. star of Van for years afterwards.
His house NI continues to inspire his music, inspiring his rising career as an international soloist.