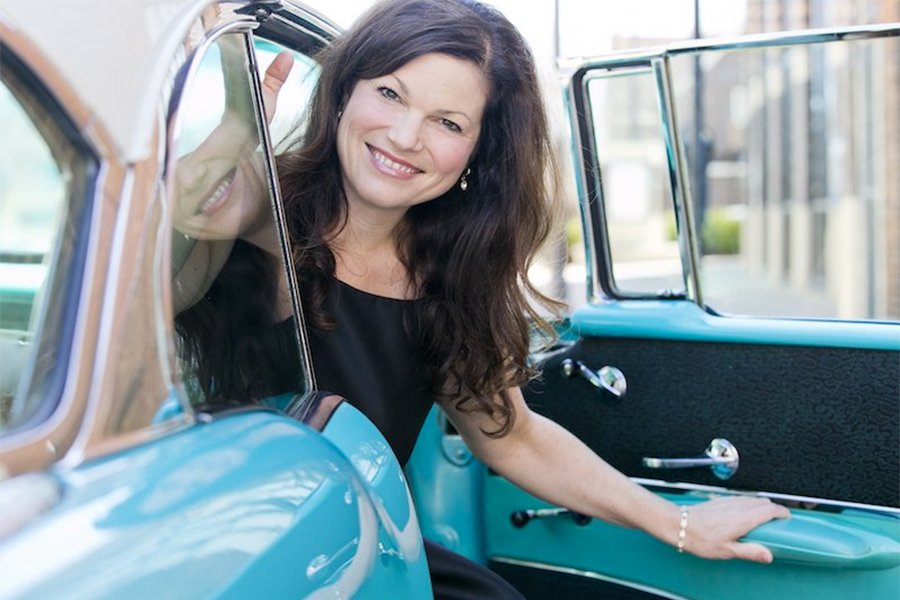 Staci Griesbach says when she dropped the needle on “Patsy Cline’s Greatest Hits” on a lazy day at home, it was like she was struck by lightning.

“It was a tape we had in our Bonneville family when I was growing up in Wisconsin,” the jazz singer says, calling from Los Angeles, her home base. “I go, ‘Hey, I know those tunes like the back of my hand. It’s what I was brought up on. ”

Thus began a musical journey that spawned Griesbach’s debut album, a tribute to country music legend Patsy Cline that reimagines the Winchester native’s timeless tunes through smoky jazz arrangements. To celebrate what would have been the late singer’s 90th birthday in 2022, Griesbach will perform Patsy Cline’s classics on September 2 at the Virginia Museum of Fine Arts’ Sculpture Garden, as part of VMFA’s free After 5 Fridays series.

Before anyone thought Cline doing jazz is a crazy notion, Griesbach says the singer’s most famous work was based on producer Owen Bradley’s so-called “countrypolitan” sound — classics such as “I Fall to Pieces” and “Crazy” lush, often orchestrated arrangements that are credited with expanding the sonic vocabulary of country music.

In other words, she says, these songs are all made for jazz.

“We lost Patsy in 1963, but if we hadn’t, it’s no exaggeration to think she would have gone to the sound of an orchestral big band. The most important thing for me was to maintain the integrity of the songs and to honor the original lyrics and melodies and the accomplishments of Hank Cochran, Harlan Howard, Webb Pierce, those songwriters who helped shape this treasured catalog.

After that initial inspiration, Griesbach says she went to see her musical arranger at the time, Michele Weir. “I said to her, ‘I have this crazy idea’ and she said, ‘OK, let’s work on it. “Weir arranged the first two songs, “He’s Got You” and “Why Can’t He Be You?” but gave the duties of organizing much of what became “My Patsy Cline Songbook” to musical director Tamir Hendelman. “He became my star and arranged maybe 75% of the album,” says Griesbach.

“My Patsy Cline Songbook”, released in 2019, garnered rave reviews from music critics Rolling Stone, Downbeat and JazzWax. It’s a record that does honor to Cline while being impregnated with the jazz atmosphere of nightclubs. While the chameleon Griesbach composes the smoldering romanticism for Patsy’s great torchlight ballads – such as Irving Berlin’s “Sweet Dreams” and “Always” – the 16-cut record is most successful when it takes a few liberties, such as with his brooding take on “Walkin’ After Midnight” and a scintillating bossanova revamp of “I Fall to Pieces.”

Longtime fan, Griesbach says she continues to discover the richness of Cline’s life and work. “Her songs really resonate with me, but so does the way she approached her music. She was working in a very different time in our culture where female singers had a lot to contend with, and she was very vocal about not performing songs tracks she didn’t like. Her standards were high, adds Griesbach. “I really appreciate that.”

While recording “My Patsy Cline Songbook” with the best musicians in Los Angeles, the singer will perform at the VMFA with a jazz trio from the US Air Force Band – keyboardist Chris Ziemba, bassist Ben Thomas and the drummer Kevin Cerovich. The following day, she will perform in Winchester outside Cline’s childhood home as part of the annual Block Party celebration sponsored by the Patsy Cline Fan Club.

“I’ve always wanted to go to Winchester and see his piano,” says the singer, who grew up in the small town of Hortonville, Wisconsin. “I grew up in a house with a Wellington upright piano, and I always thought of her as a small-town community girl, just like me. It inspired me that she could do her life what she wanted it to be.

Staci Griesbach performs at the Virginia Museum of Fine Arts as part of the museum’s free After 5 Fridays series on September 2 at 6 p.m.