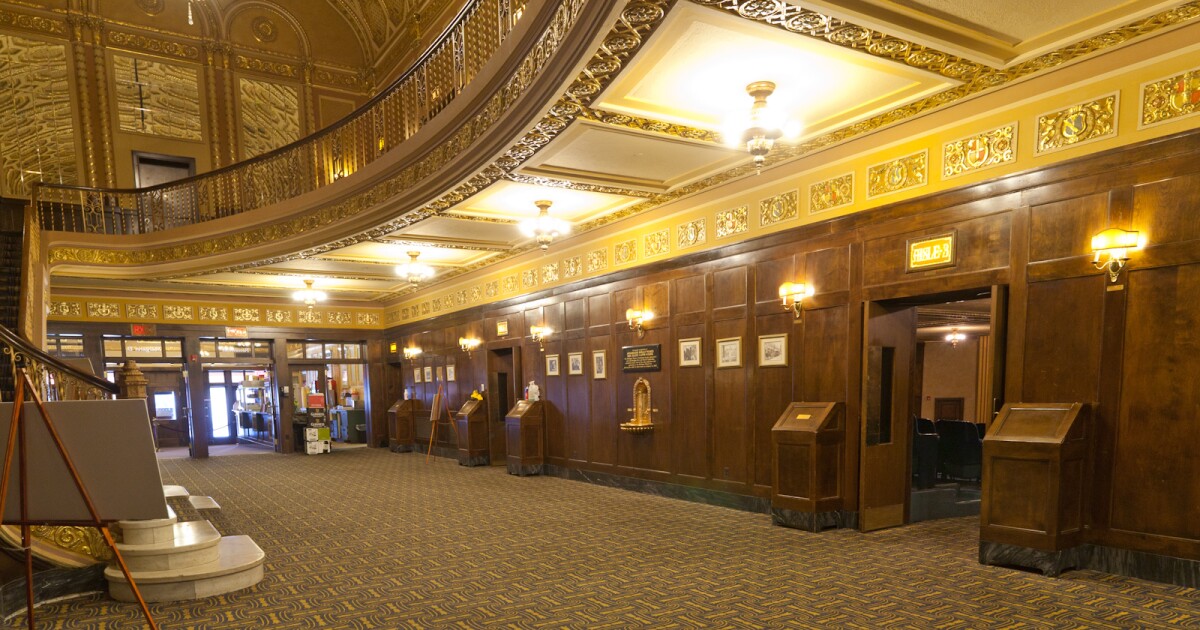 As a serial killer stalks the town, a young actress who has just moved to town with her boyfriend notices a mysterious stranger watching her from across the street.

The film weaves together live performances and interviews from the 50th anniversary of the New Orleans Jazz & Heritage Festival, the city’s signature annual musical and cultural event with hundreds of thousands of attendees each year. The NO ‘Jazz Fest’ has been celebrating the music, food, people, arts and crafts, and culture of all of Louisiana since 1970, and is an essential showcase of the region’s rich heritage. The film, shot at Fest 2019, features local music heroes joined on 14 stages by some of the biggest names in the music industry, and a wealth of archival documentary footage from the past half-century. Among the more than 50 featured artists are Jimmy Buffett, Pitbull, Bruce Springsteen, Katy Perry, Aaron Neville, The Marsalis Family, Earth, Wind & Fire, Irma Thomas, Preservation Hall Jazz Band, Samantha Fish, Herbie Hancock, Al Green, The Dirty Dozen Brass Band, Mardi Gras Indians, Dwayne Dopsie and the Zydeco Hellraisers, Tom Jones, Gary Clark, Jr. and many more. The film not only captures the festival in all its beauty and glory, but also dives deep into the rich culture of The Big Easy. Director: Frank Marshall, Ryan Suffern.

“Crimes of the Future” – OPENS FRIDAY, JUNE 3 AT STATE

A 2022 internationally co-produced body horror film written and directed by David Cronenberg. It stars Viggo Mortensen, Léa Seydoux and Kristen Stewart. The film premiered at the 2022 Cannes Film Festival, where it was in competition for the Palme d’Or and received a six-minute standing ovation. It marks Cronenberg’s return to the sci-fi/horror genre for the first time since “eXistenZ” (1999).

As the human species adapts to a synthetic environment, the body undergoes new transformations and mutations. With his companion Caprice (Léa Seydoux), Saul Tenser (Viggo Mortensen), a famous performance artist, publicly stages the metamorphosis of his organs in avant-garde performances. Timlin (Kristen Stewart), an investigator for the National Organ Registry, obsessively follows their movements, which is when a mysterious group is revealed… Their mission: to use Saul’s notoriety to shed light on the next phase of human evolution.

Barely finished his collaboration on the Statue of Liberty, the famous engineer Gustave Eiffel is on top of the world. Now the French government is pressuring him to design something spectacular for the Paris World’s Fair of 1889, but Eiffel just wants to design the metro. Suddenly, everything changes when Eiffel crosses paths with a mysterious woman from his past. Their long-lost and forbidden passion inspires him to change the Parisian skyline forever.

It is an exhilarating, action-packed epic that imagines a fictional friendship between two real-life Indian freedom fighters set in motion when a young girl is robbed in her rural village by British soldiers. One of them (megastar Jr NTR) is the protector of the village, sworn to bring her back, while the other (also megastar Ram Charan) is a junior officer in the service of the British Raj who swears to arrest her …although it has a separate mission of its own.

“Dinner in America” – AIRS FRIDAY, JUNE 3 AT 7:30 PM ON THE STATE WITH POST-MOVIE Q&A WITH DIRECTOR ADAM REHMEIER AND PRODUCER BILL STERTZ

Filming took place in Detroit, Michigan! It was a Direct From Sundance screening at the Michigan Theater in 2020.

Fleeing the cops, a reckless singer finds refuge in the house of a clumsy young woman, a fan of his punk-rock alter ego.

After Regina Lampert (Audrey Hepburn) falls in love with dashing Peter Joshua (Cary Grant) while on a ski vacation in the French Alps, she discovers upon her return to Paris that her husband has been murdered. Soon, she and Peter are giving chase to three of her late husband’s World War II pals, Tex (James Coburn), Scobie (George Kennedy) and Gideon (Ned Glass), who are after a quarter of a million dollars that the quartet flew during the war. But why does Peter keep changing his name?

This summer, experience the epic conclusion to the Jurassic Era as two generations unite for the first time. Chris Pratt and Bryce Dallas Howard are joined by Oscar® winner Laura Dern, Jeff Goldblum and Sam Neill in a bold, timely and breathtaking new adventure around the world. From “Jurassic World” architect and director Colin Trevorrow, the film is set four years after the destruction of Isla Nublar. Dinosaurs now live – and hunt – alongside humans all over the world. This delicate balance will reshape the future and determine, once and for all, whether humans are to remain the apex predators on a planet they now share with history’s most fearsome creatures.

A 2022 American action drama film and sequel to Top Gun (1986). It was directed by Joseph Kosinski. The film stars Tom Cruise as Captain Pete “Maverick” Mitchell, a test pilot, alongside Miles Teller, Jennifer Connelly, Jon Hamm, Glen Powell, Lewis Pullman, Ed Harris, Monica Barbaro and Val Kilmer. . Set 36 years after the events of its predecessor, the film follows Maverick, who actively attempted to dodge the rank advancement that would found him. However, his career eventually takes him back to the United States Navy Strike Fighter Tactics Instructor Program (also known as “Top Gun”), where he must confront his past as he is tasked with training a new squadron of combat pilots. hunt.

Development of a Top Gun sequel was announced in 2010, when Paramount Pictures offered the original film’s director Tony Scott and his producer Jerry Bruckheimer, for the same, with Cruise and Kilmer set to return. With the first draft completed in mid-2012, Scott committed suicide, which put pre-production on the film on hold. In June 2017, Kosinski was hired and wrote a new draft of Craig and Marks’ screenplay. Principal photography began from May 2018 to April 2019 in California, Washington, DC, and Maryland.

A 2021 American drama film written and directed by acclaimed writer/directors Scott McGehee and David Siegel (“What Maisie Knew,” “The Deep End”) has created a neo-western with an emotional tremor hidden beneath. Two estranged siblings (Haley Lu Richardson, Owen Teague) return home to the sprawling ranch they once knew and loved, confronting a deep and bitter family legacy in a mythical American setting.

This charming film reunites the original main cast. Downton creator and Academy-Award® winner Julian Fellowes will once again write the screenplay for the film. BAFTA- and Emmy-nominated director Simon Curtis (“My Week With Marilyn”) will join the film crew to direct the sequel. In the film, the Dowager Countess (Maggie Smith) mysteriously inherits a villa in the south of France, providing a convenient escape for the Crawley family as the Downton Abbey estate is being used for a film shoot.

In the aftermath of a personal tragedy, Harper (Jessie Buckley) retreats alone to the beautiful English countryside, hoping she has found a place to heal. But someone or something from the surrounding woods seems to be stalking her. What begins as simmering terror becomes a fully-formed nightmare, inhabited by its darkest memories and fears in visionary filmmaker Alex Garland’s feverish, life-changing new horror (“Ex Machina,” “Annihilation”).

In 1961 Kempton Bunton, a 60-year-old taxi driver, stole Goya’s portrait of the Duke of Wellington from the National Gallery in London. It was the first (and remains the only) theft in the Gallery’s history. Kempton sent ransom notes saying he would return the painting on the condition that the government invest more in care for the elderly – he had long campaigned for pensioners to receive free television. What happened next has become a legend. It wasn’t until 50 years later that the full story emerged – Kempton had woven a web of lies. The only truth was that he was a good man, determined to change the world and save his marriage – how and why he used the Duke to achieve this is a wonderfully uplifting story. With Jim Broadbent and Dame Helen Mirren.

“Everything, everywhere, all at once”

Fact-based, non-commercial reporting is made possible through your financial support. Donate to WEMU today to ensure the prosperity of your community NPR station.