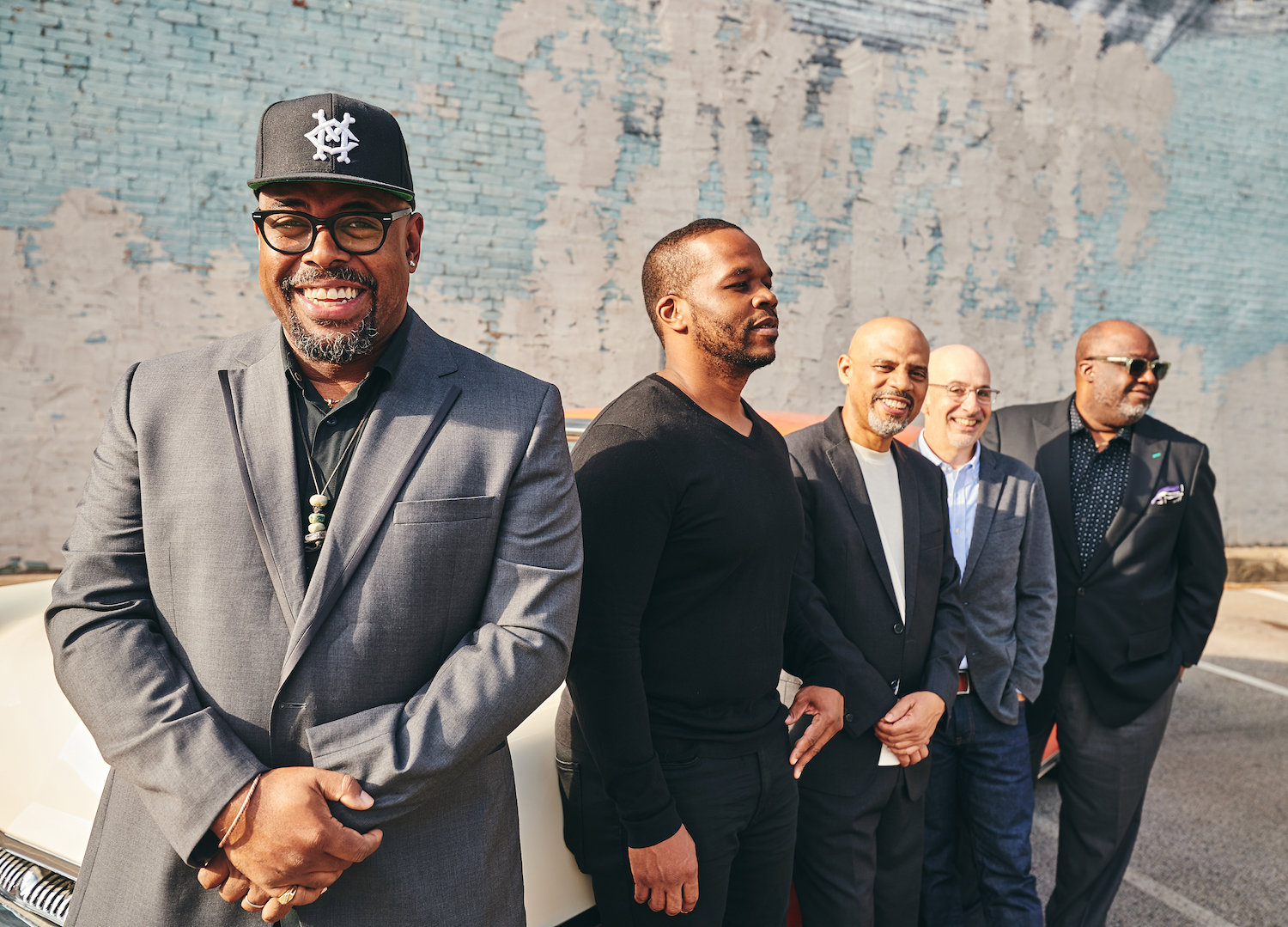 Tate was an incredible writer at the sentence-by-sentence level. He reconstructed the art of criticism in his own image, and his thoughts on the artists he covered left heads spinning. From Giddins, I learned to listen to jazz, and what to listen to; from Tate, I learned to make unhistorical connections between seemingly unrelated songs, albums and artists, and how far you could stretch the English language to make it do what you wanted to do. It was something I already knew, from Hunter S. Thompson and William Burroughs and to some extent, I guess, from Lester Bangs, but Tate’s writing had more vitality and heart than any of the their. And more important than that, his work taught me the dark genius from within. He spoke of the artists he covered in a way no one else did, never condescending or treating them with an undeserved reverence. He has given enough thought to their work to convince you, reader / listener, that they deserve your serious attention. Tate’s writing opened a portal to a new world and provided a roadmap.

Surprisingly, he also had this effect on his peers. In a tribute to NPR, Giddins opened up about how Tate inspired him to hear Wayne Shorter again. “I had responded fondly to a few of his pieces, like ‘Infant Eyes’, the swarming ‘The All Seeing Eye’ and the heartbreaking version of ‘Dindi’, but I found most of his work to be clever and cool, even the unforgettable melodies like ‘Footprints’ and ‘Orbits’; I admired him more than I loved him, “he wrote.” Tate’s writing changed my assessment, brought me closer from the heart of his music, so that I listened more deeply and with much greater feedback. ”

Somehow my little white town library has a copy of Tate’s 1992 anthology. Flyboy in Buttermilk, and I’m not exaggerating when I say it got the best of me. The plays on King Sunny Ade and Cecil Taylor and Miles Davis were eye-opening. Davis’s article, a lengthy two-part essay that originally took place in DownBeat in 1985, was particularly astonishing because at that time, at the time of You are under arrest, nobody gave Bitches Brew serious consideration, whatever In the corner Where Agharta. But there was Tate who said things like, “In 1975, Miles, through his decades-old practice of paying cats to train at the bandstand, formed the first group of Acid. -funk entirely improvised in the world – by that I mean a group capable of orchestrating motifs in an extemporaneous way. by Santana, Funkadelic, Sly [Stone], Stockhausen, Africa, India and Ohio players (watch how their 1974 hit “Fire” is revamped on Agharta‘s first side). ”

The way Tate made connections that you didn’t make yourself made you want to go listen to more music, in order to come back and hear more clearly the second time around. Reading one of his plays was like hanging out with that older friend who would go to the record store with you and approve or change your selections: “Yeah, you need that; you should also hear this one; have you ever heard that? No, skip that; the album before this one is better.

A perfect example of this is how this four-sentence half-paragraph of Pilot opened for me the music of Cecil Taylor. Tate wrote: “The basic elements of a lot of Cecil Taylor’s solo or improv (improvised composition) performances are two types of patterns which I will call Figure A and Figure B. Figure A consists of randomly hammered discords. that emerge as a beginner’s luck. Or maybe at best like the 30s monster film music. Figure B is a variable speed tonal spiral usually shaded by melodic variations. This figure I think Cecil finds a bit romantic; I know yes. Tate expands on this monster movie analogy in the remainder of this paragraph and elucidates more aspects of Taylor’s game. But these four sentences are more than enough; try listening to any Cecil solo now without hearing it through Tate’s ears.

As a journalist / interviewer his mental processes were equally fascinating. Pilot included a profile of Ornette Coleman that focused on her clothing and the importance of visual presentation; his 2016 sequel Flyboy 2: Reader Greg Tate contained an interview with Wayne Shorter which revealed that the famous gnomic saxophonist revealed more about his childhood and his non-musical life than I have ever read in any other article about him. These types of features taught me that when interviewing an artist you shouldn’t worry about what you think might make a good story later – you should just ask them what you want to know, and take the path. conversation anywhere. goes.

At the turn of the century, Tate – who had co-founded the Black Rock Coalition and led a few bands in the past – launched his best-known musical project, Burnt Sugar the Arkestra Chamber. I was obsessed with their music, which combined jazz, funk, soul, rock, hip-hop and more in a whirlwind of directed improvisation, from the first time I heard it. I’ve seen them live at the Vision Festival twice, first in 2005 (their performance was recorded for the live double CD If you can’t dazzle them with your glow, then baffle them with your happiness; an excerpt is above) and again in 2012. I included them in the last chapter of my 2005 book Running The Voodoo Down: the electric music of Miles Davis, as descendants of his work, and questioned Tate about their methodology and aesthetic. Surprisingly, he also agreed to present the book. To have someone whose writing meant so much to me and opened so many mental doors, put a figurative hand on my shoulder and say that I was on the right track in my own work, it was amazing. Two years later, I edited the anthology Marooned: The Next Generation of Desert Island Discs, a sequel to the 1979 book Failed, in which notable rock critics chose the only album they would take to a desert island. Tate contributed to an article on Bitches Brew it was short but brilliantly incisive and autobiographical. His presence appeared to me again as a seal of legitimacy.

A few years later, I lectured at the annual EMP Pop talk on Miles Davis’ 1980s albums, and Tate was in the audience, listening. We spoke, too briefly, in the hallway afterwards. The last time I saw him in person was in 2017, when the trio of Harriet Tubman and saxophonist James Brandon Lewis (with Anthony Pirog on guest guitar) performed at the Cell Theater. Again, we only spoke for a few minutes, but Tate still seemed like someone who would be there forever; I would see him somewhere on the road. People say “never meet your heroes”, but I wish I had spent more time with Greg Tate. There will never be another like him.

Jazz suffered another major loss this month, with pianist Barry Harris passing away at 91. Born in Detroit, he started recording at age 21 and moved to New York a decade later. Since the end of the 1960s he had lived in a house belonging to Baroness Pannonica de Koenigswarter; Thelonious Monk also lived there during his later years, and he and Harris became friends.

Harris has dedicated his entire life and career to bebop. He had no interest in electric instruments, free jazz or any other development after the early 1960s. His style had an almost magical lyricism, harmonic complexity and melodic sophistication and never evolved into music. dinner music. He’s performed on incredible albums including The Sidewinder by Lee Morgan and Gettin ‘Around by Dexter Gordon, and highlights from his own catalog include Living in Tokyo, At the jazz workshop, and Barry Harris plays Tadd Dameron. Like Charles McPherson, whom I interviewed in May’s column, he viewed bebop as the ultimate form of music and spent decades exploring it and, more importantly, passing on what he learned to others. others. Although he was never a formal educator, he held master classes and workshops for decades, and generations of jazz musicians came to his home or wherever he needed to study with him. In a world where every young player seems to have a mastery, the direct learning model of older musicians imparting knowledge to the next generation on the bandstand and in the studio is largely lost, and with the passing of Barry Harris , something very real has gone.