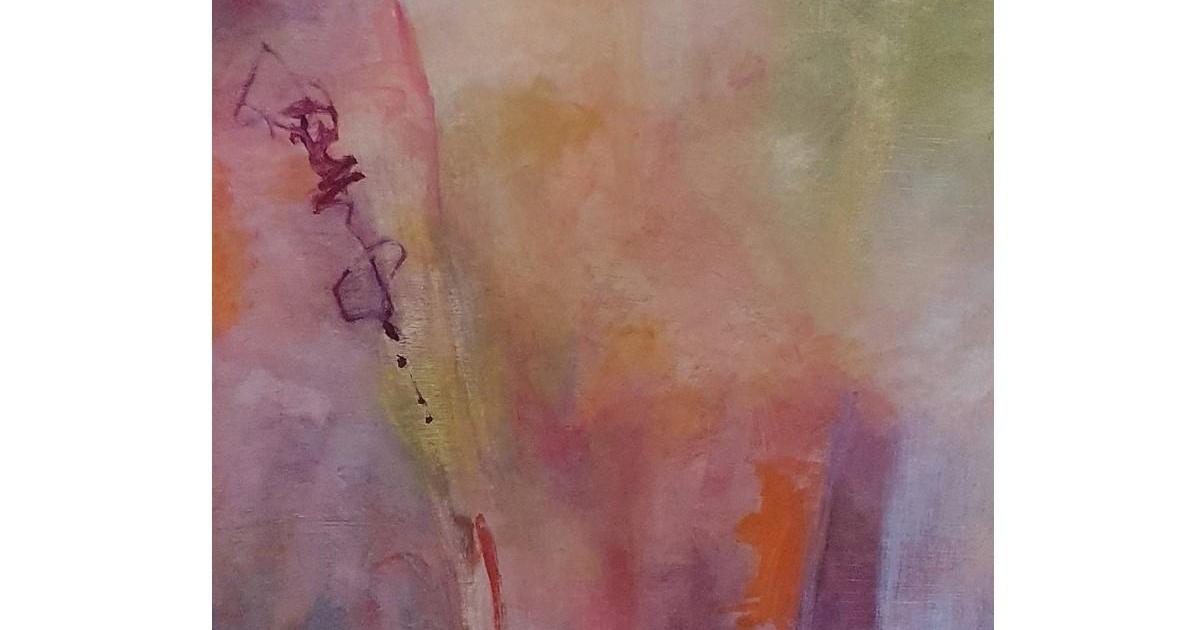 Charles ‘City’ Gatt and all that jazz

“I always think about creating. My future begins when I wake up in the morning and see the light.-Miles Davis

Charles ‘City’ Gatt, who sadly passed away last February, will always be associated with the Malta Jazz Festival and its origins in the early 90s. He left a legacy that will be hard to follow. However, Gatt, apart from being one of the best exponents of jazz in Malta, was also for almost a decade at the helm of Malta’s school of music, nurturing the love for the form of music jazz among many of his students.

This year, the Malta Jazz Festival, in its 32nd edition, will feature a number of big names performing on the stage at Ta’ Liesse, a venue that symbolizes the festival itself. Organizing a jazz festival in Malta had been Gatt’s dream for years, thinking of the spectacular setting of the Grand Harbor and Three Cities and the Cottonera region as a majestic backdrop. In fact, I believe it was Chick Corea, the late eminent jazz pianist, who, during one of his two performances at the Malta Jazz Festival, marveled at the spectacular surroundings and exclaimed: “I would never have thought that I would play in such a postcard setting. .”

“My first memories of the jazz festival (I was obviously very young) are more of my mother to be honest. It was in the 90s – cell phones didn’t exist yet,” says Ariana, her youngest daughter. Gatt has two daughters, Ariana and Carla, his wife Frances sadly passed away a few years ago.

“For the better part of two months, my dad was constantly out, chasing people around, making sure the stage was set up, the instruments in good shape, meeting with sponsors, agents, etc. He didn’t have a cell phone yet so people were calling our house to try to reach him. This meant that we would stay almost every day in case someone called, and then we had to work out where they were and deliver the message,” Ariana recalls, adding that organizing and bringing Malta together into a cohesive whole Jazz Festival in its early years was a logistical nightmare.

Things got much easier when mobiles became readily available and anyone could be reached in an instant. As a young girl, she experienced the chaos of those days, with both her parents at the heart of it. But the growing success of the festival over the years, attracting superstars from the jazz firmament, was enough to make it worth it for both parents. “I could see that they were both very busy and stressed, but it was worth it when we saw how proud he was during those three days of the festival,” remarks Ariana.

Sandro Zerafa, the current artistic director of the Malta Jazz Festival, was the obvious choice for the role when Gatt decided to call it a day. Zerafa, a highly talented jazz guitarist who calls Paris home and has made his career far from these shores, was a very young man when Gatt embarked on the first edition of the festival, which helped spark the of his initial interest in the genre of music. The drummer was to become Zerafa’s mentor and musical father figure. Gatt continually encouraged the young musician, showing him the ropes to pursue a career in the field.

“The festival was for us the most anticipated moment of the year. The anticipation was high,” says Zerafa. “Nostalgia aside, there was something magical about watching these icons perform in Malta during those deadpan pre-internet times. At that time, my only contact with the international jazz scene was this strange copy of DownbeatItalian language programs Radio Tre or occasional television programs. Watching Joe Henderson, Roy Hargrove, Michael Brecker, Lee Konitz and others perform at Ta’ Liesse has always been a miracle.

“He probably held in high regard those he grew up with – the pioneers like the late Chick Corea, Herbie Hancock, Steve Gadd (one of his favorite drummers), the late Michel Petrucciani, Wayne Shorter, the late McCoy Tyner, the late Bill Evans, Keith Jarrett – which he managed to listen to several times live and bring them himself to Malta for the jazz festival,” Ariana replies, when asked to mention his musical influences and the jazz musicians that he is held in high esteem. “He was also very proud of young Maltese jazz musicians, artists he saw growing up and who he was always very excited to play with.”

We must not forget to mention that Gatt was also a percussionist and marimba player. This clearly demonstrates Gatt’s eclectic perspective as a performing artist.

He always wanted a creative outlet and as long as the flow was good he would be content and happy.-Ariana Gatt

The official poster for this year’s Malta Jazz Festival is an endearing depiction, an eloquent caricature of Charles himself, which, in a painterly way, somehow establishes the ethos of the festival and what Gatt was all about. This smile of joy and abandonment that accompanied his drums, giving everything, putting all his heart and soul into improvising or advancing the rhythm section of the group in which he played. However, that smile almost never left his face. He exuded friendliness and “candor” in such a way that you felt at ease even if you were meeting him for the very first time.

“Charles has always had an infectious enthusiasm for life and art. Even later, when he sometimes felt cynical, there were always times when his zest for life shone through. My most precious memories of him are his childlike euphoric outbursts at the festival,” Zerafa points out. “As long as I remain artistic director of the Malta Jazz Festival, I will continue to honor his artistic vision.”

To some, Gatt’s visual art might mistakenly seem to play second fiddle to his status as a jazz musician and father of the Malta Jazz Festival. Pictorial abstraction came just as naturally and shared many aspects of his music – in the freedom of his paintings, the improvisation in the composition, the honest and abstract self-expression. He once mentioned American abstract artist Joan Mitchell as a big inspiration and also claimed that American artist Jasper Johns was a genius for coming up with his American flag series.

“I would say my dad was very passionate about everything he did. He demanded a lot of himself and threw himself body and soul into all of his projects – the jazz festival, his paintings, his music. I think he always wanted a creative outlet, and as long as the flow was good, he would be content and happy,” Ariana recalled.

One could argue that art and music, in addition to his family, were the things that made his life worthwhile, even though sometimes life was hard, and Ariana claims he lost his motivation to paint or act. “The two always seemed to mirror each other,” Ariana adds. “Once he was motivated to paint or play again, his mood improved instantly.” Art and music provided him with a lifeline in the face of life’s difficulties, a kind of safety net.

Gatt was one of the protagonists of the Maltese artistic initiative START, the concept of art historian Professor Raphael Vella. He was also a member of the international artistic group Frequenzen. Gatt sometimes integrated his two passions, music and art, through art installations that relied on basic, rudimentary instruments such as bamboo twigs that he positioned so that the wind made a percussion instrument; thus, nature itself, the ultimate artist, has created an improvised piece of music.

An art exhibition and a jazz festival

city ​​lightsthe exhibition of his paintings at the Phenicia Hotel coupled with the Malta Jazz Festival itself, eloquently demonstrate these two aspects of Gatt’s creativity.

One could find many obvious parallels between Gatt’s art and his music, as this collection of paintings remarkably demonstrates. They have a strong improvisational jazzy component, while giving off a strong sense of spirituality.

“The difficult times in his life have also had an impact on his art and his music,” remarks his eldest daughter, Carla. “His lack of love for the structured and deliberately designed reflects his abstract, non-figurative art and his intentional use of dissonance, i.e. jazz. “The less clean and shabby it is, the better,” he said. When he traveled with him, aside from the music being played, a big jazz club had to adopt the “nauseating” good smell and squalid decor. Authenticity was key!

His paintings casually recall the art of the aforementioned Joan Mitchell and that of the Chinese-French artist Zao Wou-Ki. The Maltese artist, like Zao, explored silences, the visible like the yang of the invisible, musical harmony, rhythm, nuance and dissonance, even the very soul of the artist.

“Charles used to draw a lot of parallels between music and the visual arts. I think there is a strong sense of spontaneous movement in his paintings,” says Zerafa. “Some of his paintings really echo that subtle dance between the organic and the cerebral, something that’s at the very heart of jazz. Charles quoted the Catalan painter Antoni Tàpies a lot, who I always felt was a strong influence on his works.

“He definitely always improvised and also felt free when painting. I would say his painting was definitely a strong reflection of his mood at the time,” Ariana points out. She poignantly describes some of the idiosyncrasies of his creative process: “He would usually grab an old painting upstairs and start working on it again ‒ years later ‒ until he considered it ‘finished’. Whenever I asked him what he meant with a particular painting, he tended to say something like “It doesn’t matter”. Have fun. What does it tell you?

This question is at the heart of valid abstract art. Non-figurative art touches what is deeply personal, reaching the soul and evoking new, personal feelings and emotions for the viewer. That is what this exhibition of paintings by Gatt also demands, apart from its celebratory function to honor one of Malta’s cultural icons loved by all who were lucky enough to know him.

city ​​lights, organized by Charlene Vella and hosted by Phenicia Hotel, Floriana, is ongoing until the end of July. Check the exhibition’s Facebook page for opening hours and other information.

Independent journalism costs money. Support Times of Malta for the price of a coffee.

The Burlington Performing Arts Center announces the return of Jazz on the Plaza on August 13 and 14, 2022

Your guide to the Newcastle Jazz Festival 2022