SYDNEY, NS – Don Palmer had little more than his saxophone and a pocket of change in the late 1950s when he left Cape Breton for New York, just for the chance to study with the jazz greats of America. ‘era.

Now he is numbered among them. 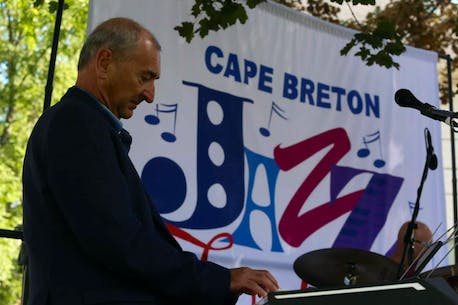 Palmer, who was born in Sydney, died in a Toronto hospital on Friday at the age of 82 from a brief illness.

The legacy lives on

However, his legacy as a world-class bebop player, mentor and teacher lives on.

Kirk MacDonald, a Juno Award-winning saxophonist from New Waterford, is one of hundreds of musicians inspired by Palmer over the years.

He was 13 when Palmer returned to Cape Breton and became Artist in Residence at what was then University College of Cape Breton.

“If you’re a violin player growing up in Cape Breton it’s a bit easier to make a connection – you can reach out to someone, you can see someone in action at a very high level. ; for me when I grew up in Cape Breton there were good sax players, but world class and professional level players didn’t really exist in Cape Breton, ”recalls MacDonald, who stayed a close friend and frequent collaborator with Palmer. “Just hearing him play really opened my eyes. Just hearing someone play at that level was not something we had much access to growing up in Cape Breton. Even though I didn’t know it, it put me on a different path. I started to get really serious about music – or as serious as a 13 year old can get.

Best known for his work with Latin legend Tito Puente and the jazz trio Alive and Well, Palmer’s influence was perhaps best demonstrated in his teaching, particularly when he was director of jazz studies at the Dalhousie University, where its students included MacDonald, Scott Macmillan, Mike Murley and Chris Mitchell.

The founder of the Cape Breton Jazz Festival, Carl Getto, was another student of Palmer.

Getto recalls being fascinated by the fact that Palmer, a jazz musician from Cape Breton, could go to New York and study under his idol Lee Konitz and perform alongside John Coltrane and Miles Davis.

“For someone from Sydney who had the passion, the courage and the desire to learn music, to move to New York – the top of the jazz music scene … everyone was proud to see that Donnie could there go and play with the best, ”said Getto, who treasures the moment Palmer returned to Sydney to perform at the festival.

“For me, it was a dream to be able to share a scene with someone of his caliber. When I was a student at Dal, I never imagined that this would be something I would do someday, so it was a pleasure for me to be with him.

MacDonald has also shared the stage with Palmer on several occasions over the years.

“It has helped me shape my musical life,” he said.

“It’s the connection I have with Don that has always been very important to me. I will never forget or fail to recognize how lucky I was to meet him at this point in my life.

“Just by being where he was and being who he was, it made it live in others. “

Chris Connors is a corporate reporter for the Cape Breton Post.

The Jazz got the win over the Hornets, but it wasn’t as easy as it might have been – The Athletic