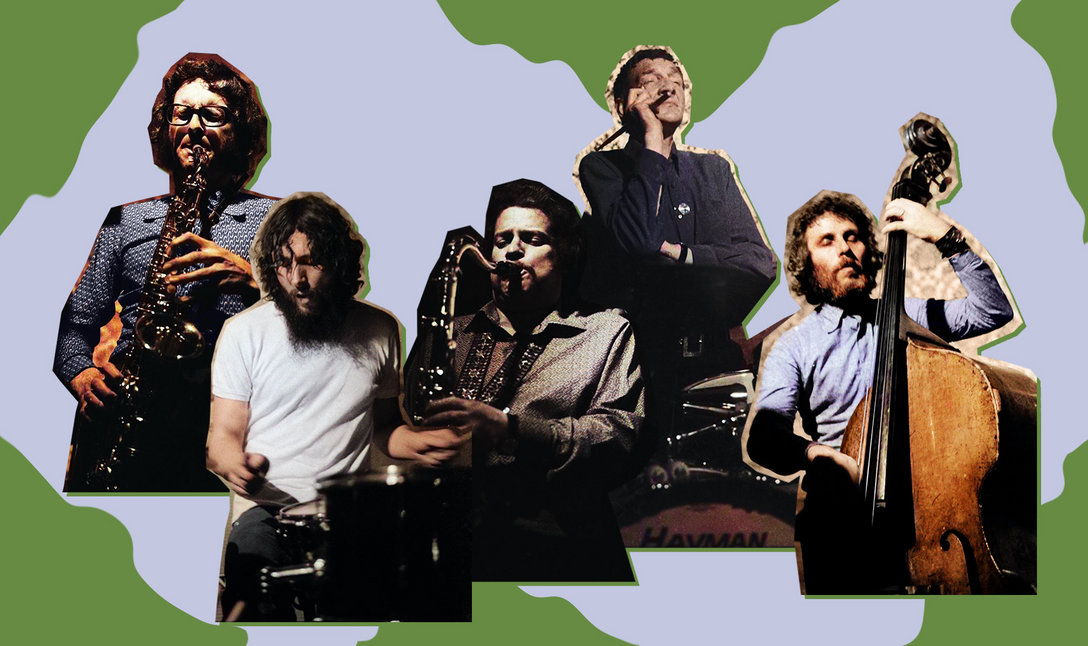 
Over the past five years or so, London has slowly established itself as one of the jazz capitals of the world. Artists like Shabaka Hutchings, Nubya Garcia, Emma-Jean Thackray and their peers have released a seemingly endless stream of exciting and groundbreaking music that demonstrates the brilliance of composition; a high degree of technical competence and sound innovation; and crowd-pleasing energy. At the same time, numerous archive releases have reminded listeners that this is not the first time the UK has been at the forefront of jazz innovation. The late 1960s and early 1970s were a fertile era for British jazz, with mainstream and avant-garde musicians collaborating with each other, and sometimes even inviting progressive-minded rock musicians to celebration.

Richard Williams, editor-in-chief of the British music journal Melody maker at the time and the first longtime BBC TV host The old gray whistle test (1971-2018), remembers the scene as quite vibrant. “It was a busy time, and it had been encouraged by the engagement of young jazz musicians with the progressive rock scene – people like the Soft machine and King Crimson used jazz musicians on their albums, and sometimes as band members. And the jazz musicians were young guys who listened to Coltrane and Ornette Coleman and Mingus, and they influenced a generation of the most curious rock musicians.

At the time, legendary bassist Dave Holland was just beginning his career, and he fondly returns to the porous musical boundaries of the time. â€œI lived in London between 1964 and 1968, and I had the chance to play [in] all kinds of different settings, â€he recalls. â€œI was a young musician just trying to gain as much experience as possibleâ€¦ Looking for people to share your musical ideas with, and if you share a common background and background in music, then you have the opportunity to have that meeting point in music that lets you play together. Some musicians like to move between different approaches, and I was one of them.

Since May of last year, the non-profit organization Jazz in Britain has made it its mission to preserve and present rare and unpublished recordings of this first explosion of British jazz. Their catalog includes music by musicians known as the guitarist Ray Russell, alto saxophonist Joe harriott (whose exploration of free play is often compared to the contemporary work of Ornette Coleman), tenor saxophonist Tubby hayes, and the Don Rendell-Ian Carr quintet. (Their first release, Russell’s Spontaneous event – Live Vol. 1: 1967-69, features some of Holland’s earliest recorded performances from May and November 1967.)

But their most ambitious release to date is Inclusiveness, a three-CD set documenting the ephemeral and somewhat legendary band The Splinters, whose members included the trumpeter Kenny wheeler, Tubby hayes, alto saxophonist Trevor Watts, pianist Stan Tracey, bassist Jeff Clyne, and two drummers, Phil Seamen, and John stevens. Together they represented a cross section of the British jazz scene at the time: Hayes was a solid hard bop player with open ears, while Watts and Wheeler were closer to the free jazz side. Tracey was a mainstream player influenced by Ellington and Monk who had embraced the avant-garde at the end of his career. Seamen was one of the country’s foremost drummers, playing with virtually everyone and even teaching rock legend Ginger Baker, while Stevens was an experimental player who founded the Spontaneous music ensemble with Wheeler, Watts and Clyne.

Inclusiveness contains recordings of two Splinters concerts from May and September 1972. In the liner notes Watts says: â€œJohn [Stevens] I had the idea, it was really very simple, to bring together players from the old generation and some from the new generation and do a jam together. These were not contemporary or more traditional techniques. I think all of us musicians respected each other’s different interests, but it all came from a love of jazz.

The performances were recorded on cassette by Watts and expertly restored before release. The music has a real liveliness and a striking power. Both drummers play freely, but still maintain a lively rhythm, with Stevens in the right channel and Seamen in the left, and Clyne throbbing between them. The horns howl and moan, exchanging long solos and uniting here and there in jagged but just harmony. Pianist Tracey spans long stretches (and disappears in the middle of May’s performance), but her solos are smooth and thoughtful. Horns pile up around it, creating fanfares that inspire further exploration.

The music never really stops, although track divisions have been added for listener convenience. What is most fascinating is that it is impossible to call it an imitation of one of the well-known free jazz models. It doesn’t have the frantic heads and lyrical solos of Ornette Coleman, or the tidal wave feel of Cecil Taylor, or the spiritual quest of John Coltrane or Albert Ayler. It’s music with a unique British quality, friends having a conversation in the pub, exchanging ideas, sometimes vehemently agreeing and never really disagreeing on anything. And when Stevens and Seamen start a drum duo towards the end of the second record, it’s as exciting a moment as any in jazz.

Williams was in attendance at the May performance, which was taped in London 100 clubs– “a basement club with a long stage, I guess it could probably hold a maximum of about 300 people, maybe … A very nice kind of place.” He remembers being impressed by the way the musicians managed to bridge the gaps between their different approaches. â€œSplinters was a really interesting meeting and a mix of musicians from different generations and from different backgrounds. On paper it looked like something you would try in a test tube and probably explode in your face. But it worked wonderfully.

And all that! A world of music, culture and creativity for all ages in Limerick