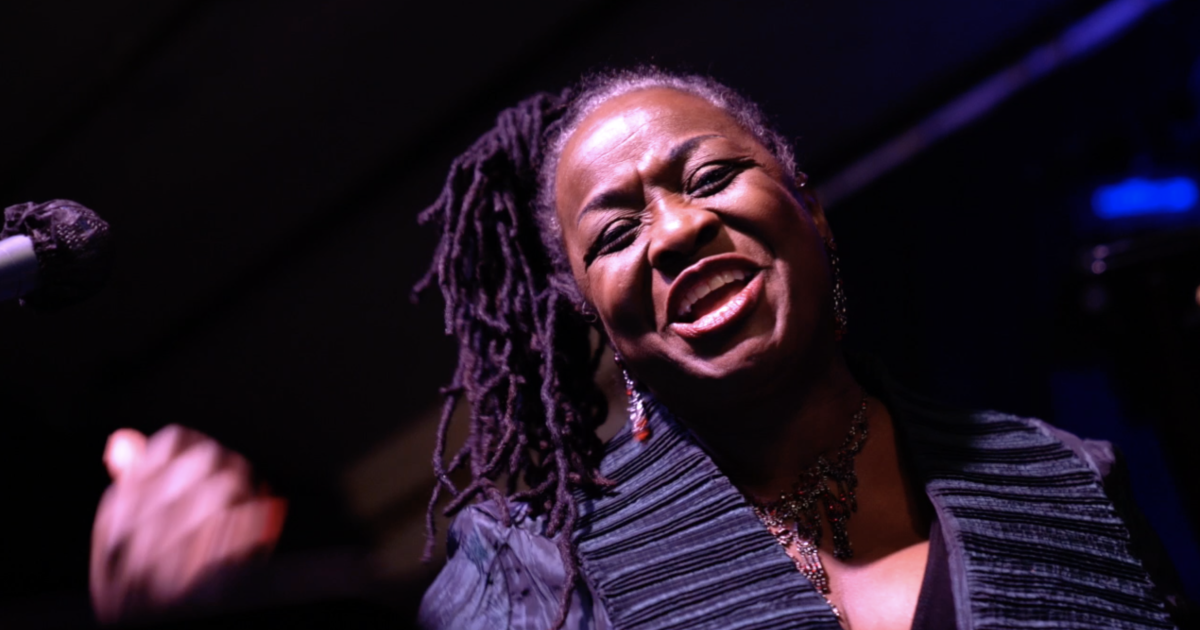 Steen comes from a long line of musicians.

“My cousin was considered the greatest living singer. I’m talking about five-time Grammy Award winner Dianne Reeves,” Steen said. “And my cousin, Charles Burrell, who is 101, by the way, is also the last living musician to have played for Billie Holiday.”

Steen says jazz grew out of the African-American diaspora in the south.

“Jazz came out of the African-American church when the different African nations came to this hemisphere,” Steen said. “Many of them came from disparate countries and spoke different languages. The only commonality, the only connection they had was through the melodies, and those melodies became the roots of what became known as from Negro spirituals. So, like ‘Wade in the water, wade in the water, children’, it’s an old Negro spiritual.

He says that sacred music became the rudiments of early jazz. Between the 1920s and 1950s, the Five Points neighborhood of Denver became the jazz capital of the western United States.

“He was always writing on something, actually writing on paper napkins. He had his little dog with him and said ‘Oh, man, this is the best fucking music I’ve heard. Oh play, keep playing’. I mean, his tongue was spicy, to say the least. And he said it was the “Harlem of the West”. It was Jack Kerouac, the author.

Steen says he tries to preserve his history and the music even more after seeing so many jazz clubs close during the pandemic.

“It’s been tough,” said Matt Ruff, who is co-owner and chief executive of Dazzle. “You know, we’ve had a lot of jazz venues that have closed. The Jazz Standard in New York is one of the biggest. Locally, Live at Jacks and the Old Chapultepec both closed, all because of COVID. Music is food for the soul. I know that’s a very clichéd statement, but it’s very true. And the arts in general are things that people use to get through tough times and get through hard times.”

He says Dazzle has been able to keep its doors open thanks to a supportive community and virtual performances.

“Allowing musicians to perform in front of an audience, at least in front of a virtual audience, and also to be tipped and paid for things like that as well,” Ruff said.

Ruff hopes the pandemic will calm down and more clubs will reopen. However, Steen fears that part of jazz’s decline is due to musicians becoming esoteric.

“They want to be able to come out and say, ‘It doesn’t mean anything if it doesn’t have that swing,’ you know, instead of listening to toots and bells and squeals and stuff that I don’t really to understand.”

This made him even more determined to preserve the meaning and the cross-cultural lines that the music mixes.

“The foundation of jazz is the blues,” Steen said. “So I want to keep that part of the African footprints and the music heritage. I want to preserve it as much as possible.

He says the founders of jazz left their mark on places all over the world. They just have to make sure the winds don’t blow it away.

“And you have to do something,” Steen said. “You have to stomp your feet, snap your fingers, nod your head, shake your body. And hopefully we can preserve that.