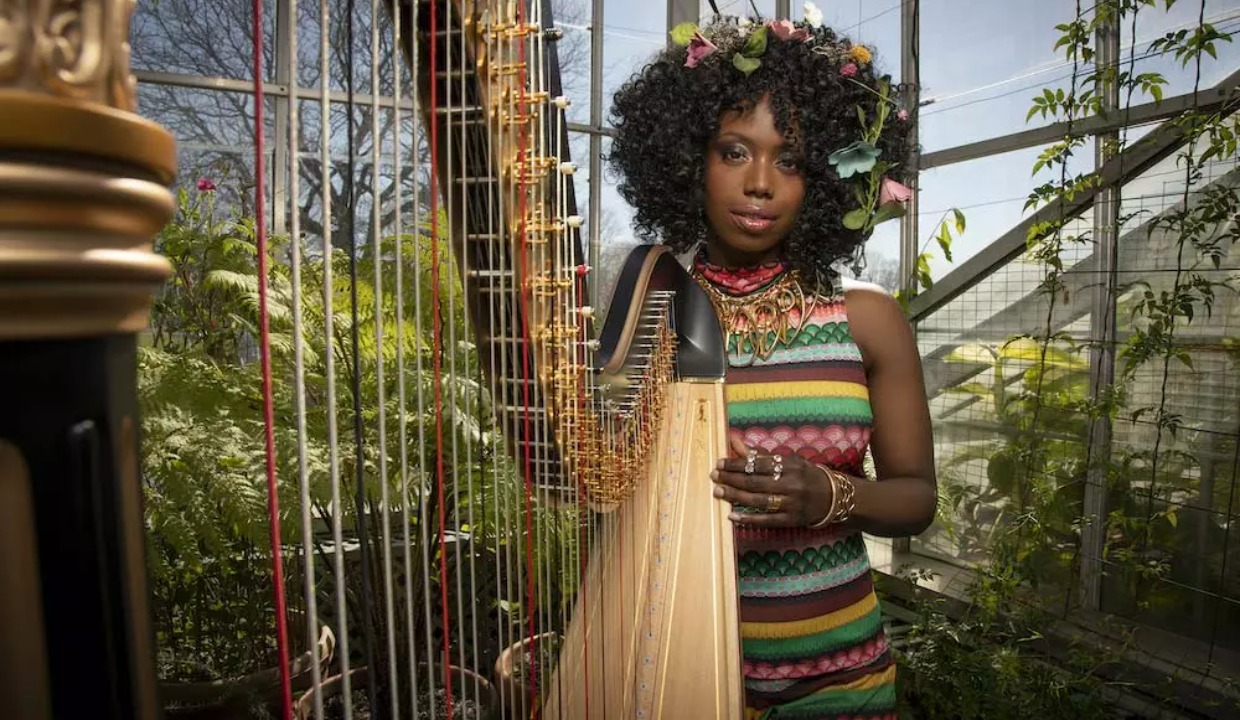 The Week in Jazz is your roundup of new and remarkable stories from the world of jazz. It’s a one-stop destination for the music news you need to know. Let’s take it from the top.

Daptone celebrates its 20th anniversary with a massive live album: Iconic soul label Daptone to be released The Daptone Super Soul Revue Live at the Apollo, a 3 LP set celebrating its 20th anniversary on October 1st. The set documents a three-night sold-out event at the Apollo Theater in New York City from 2014, featuring artists such as Charles Bradley, Sharon Jones & the Dap-Kings, Naomi Shelton and many more in The Edition. Physical vinyl is also accompanied by a booklet containing photos on stage and behind the scenes. Pre-order it here.

The 2021 Global Musicians’ Workshop is online: Silk Road and the New England Conservatory announced the 2021 Global Musician Workshop, designed to help participants become versatile performers and comprehensive cultural citizens through a variety of classes and group sessions. The week-long training program will be held online for the first time August 8-14 and will feature renowned teachers and special guests representing diverse cultures, traditions and musical styles. An online performance festival will also take place on August 13th and 14th. Registrations are now open HERE. 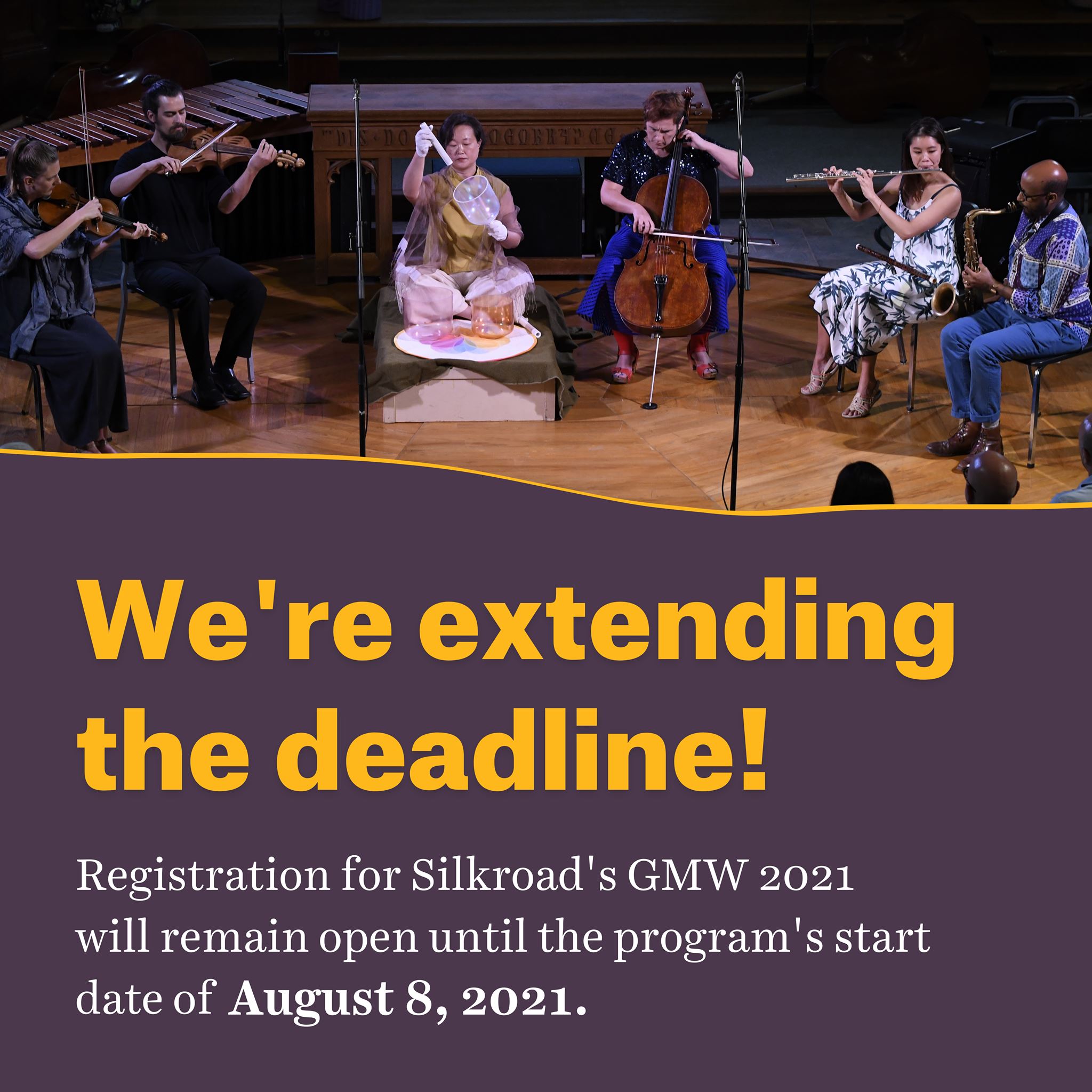 New documentary on the power of music premiering at Cannes: The sound of us, directed by Chris Gero, is a new documentary weaving together stories about the beauty and goodness of music through interviews and performances by artists such as the Preservation Jazz Hall Band, Hiromi, Patti Smith and many more. The film will premiere this week at the Cannes Film Festival and today will receive the Movies That Matter Award, presented as part of the Better World Fund Gala. Learn more about the film HERE.

Younger Brandee, Somewhere different (Impulse!): Innovative jazz harpist Brandee Younger pays homage to her predecessors on her new album, Somewhere different, characterized by lush landscapes and a radiant mix of hip-hop, R&B, classical and jazz. This is an eight-track collection produced by Dezron Douglas, with excellent lineup and a special appearance by none other than bassist Ron Carter. Somewhere different releases August 13th and you can pre-order it HERE. 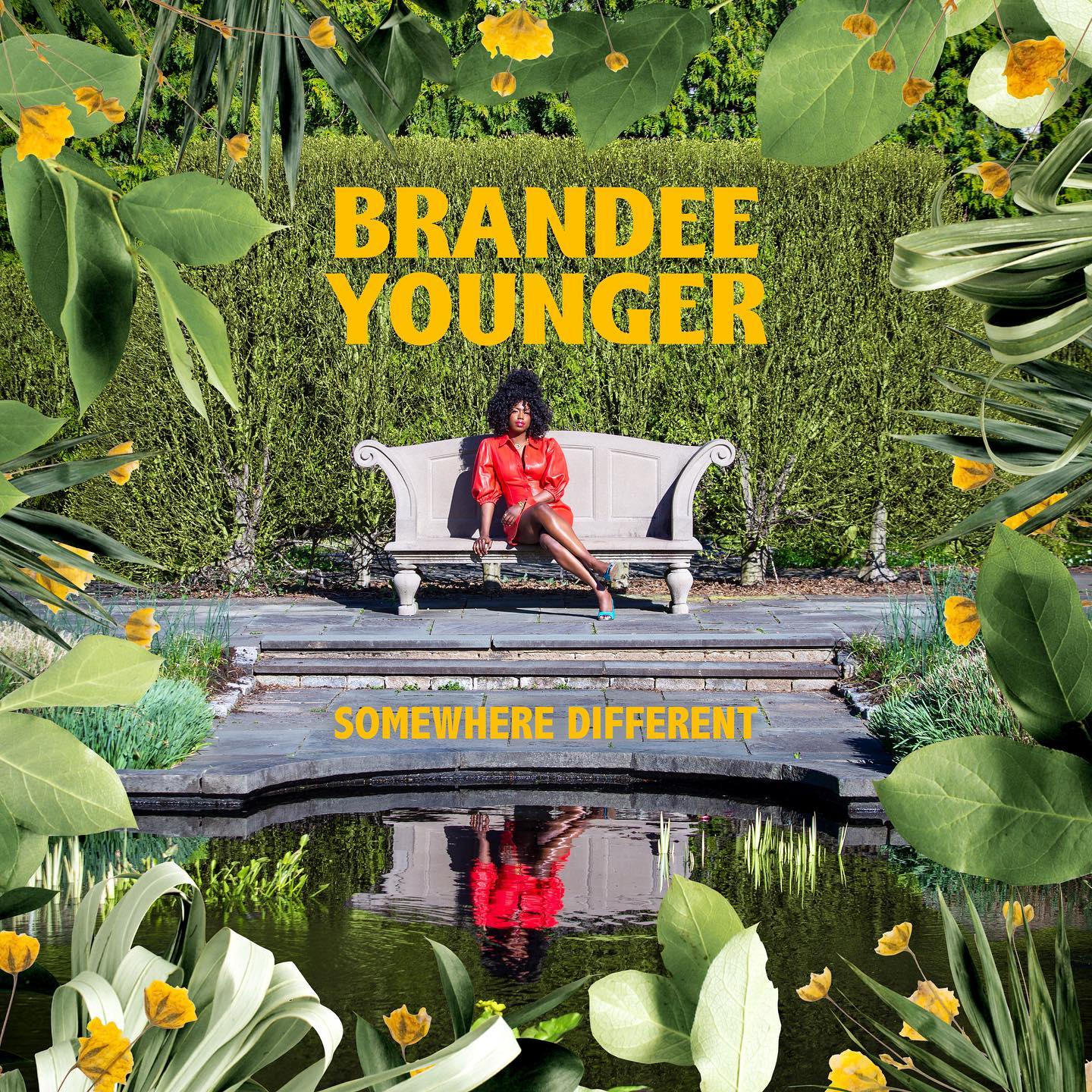 Scott Reeves, The alchemist (Origin): Trombonist / multi-instrumentalist / composer Scott Reeves brings to life a never-before-seen 2005 live performance of his never-recorded quintet with Russ Spiegel, Mike Holober, Howard Britz and Andy Watson. The live recording features five Reeves originals and one standard, “All of Nothing At All,” and will be released as The alchemist July 16 via Origin Records. Pre-order it here. 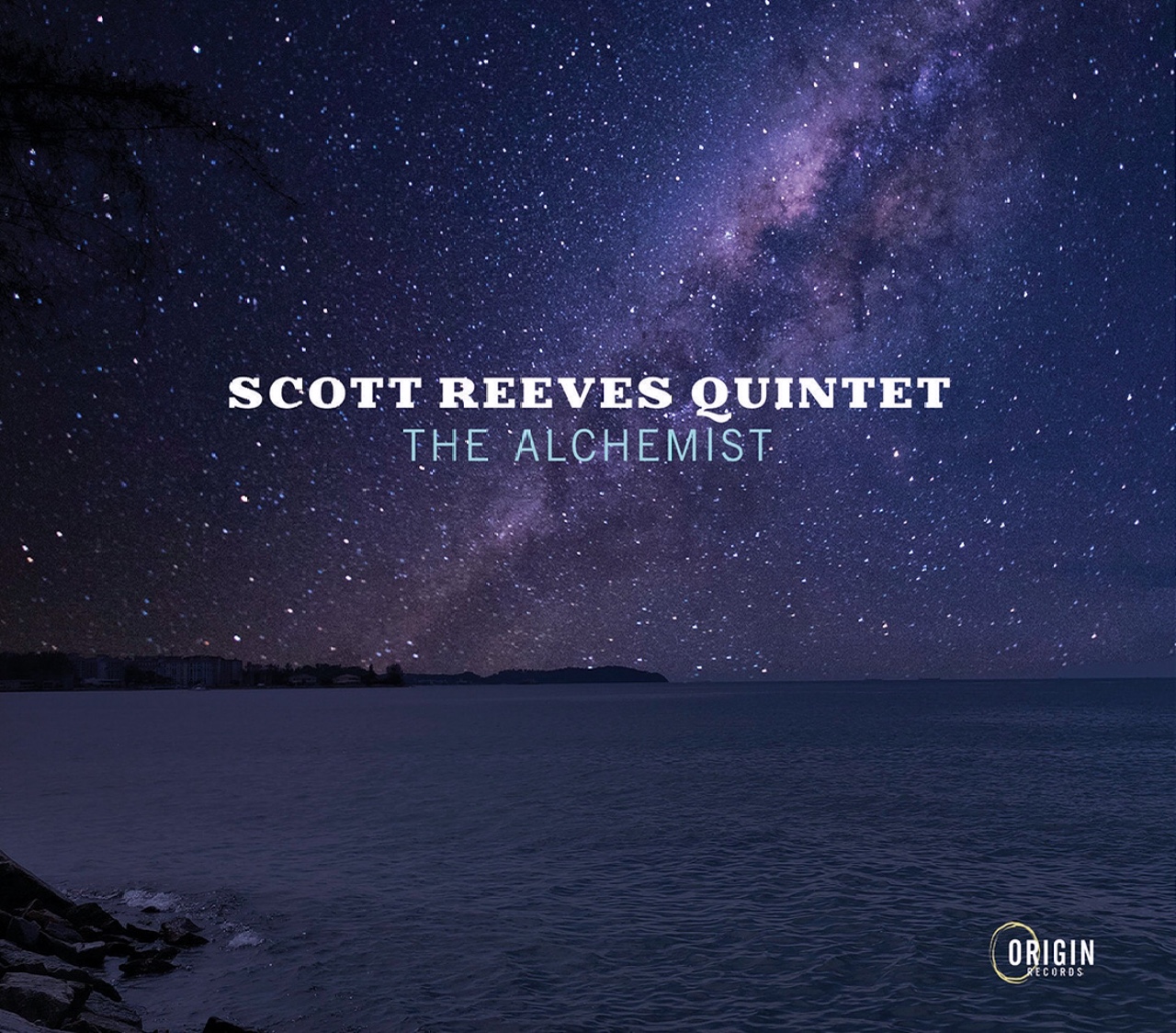 Michael Mantler, Coda (MEC): Michael Mantler reinvents new arrangements of several phases of his career on his new album, Coda, released on July 16 via ECM. The works, characterized by the unmistakable compositional signature of the co-founder of the Jazz Composers Orchestra, are performed with a chamber orchestra composed primarily of classical musicians and featuring a number of jazz soloists, including pianist David Helbock, guitarist Bjarne RoupÃ© and Mantler himself on the trumpet. Pre-order Coda here. 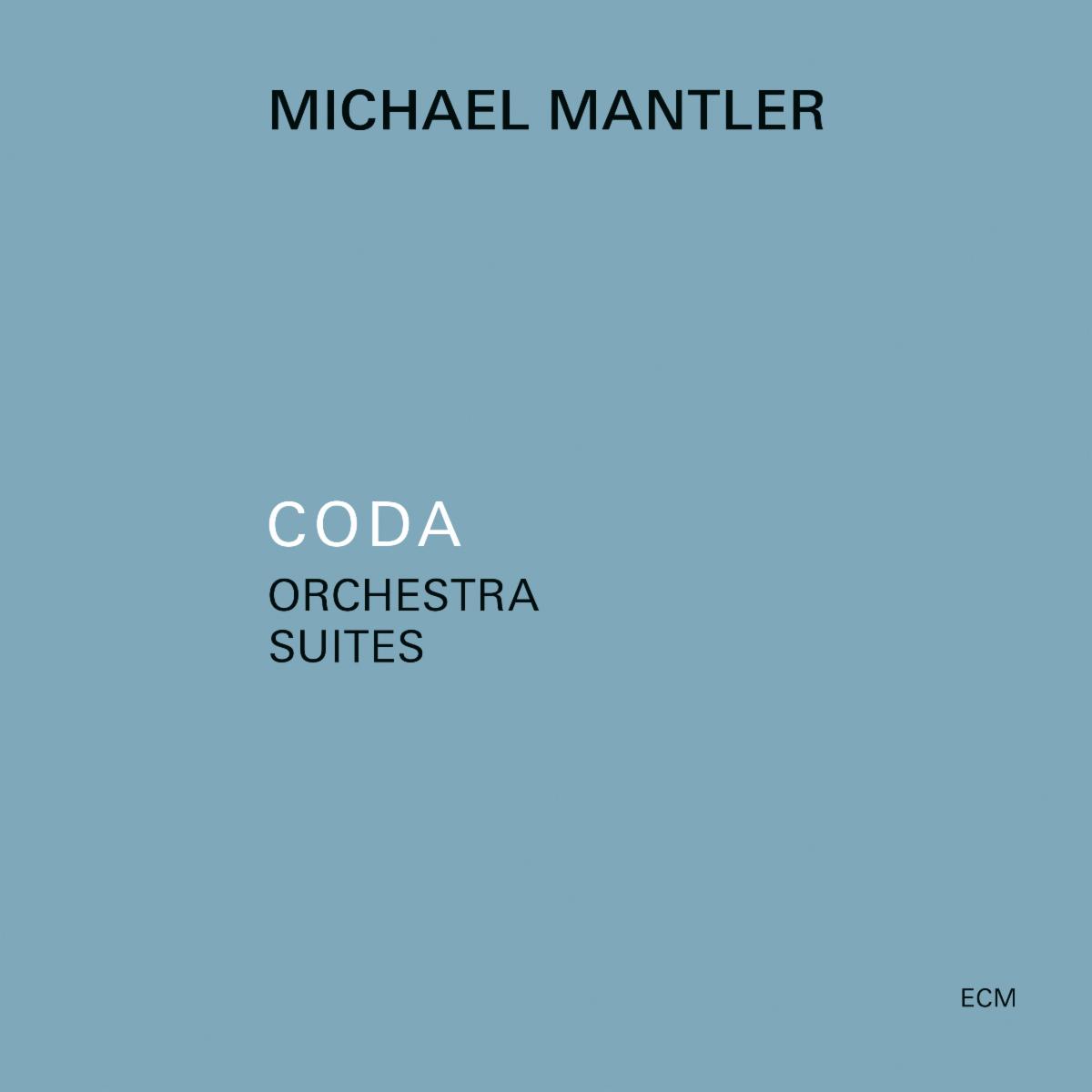 Gerry Gibbs, Songs of my father (Whaling town): Drummer / songwriter Gerry Gibbs has announced the release of his new album, Songs of my father, featuring four iterations of his famous Thrasher Dream Trio and paying homage to the musical legacy of his 96-year-old father, revolutionary vibraphonist Terry Gibbs. The LP, released on August 6, also contains the last recorded performance of the great Chick Corea and includes one of his tunes composed for this project. Pre-order Songs of my father here. 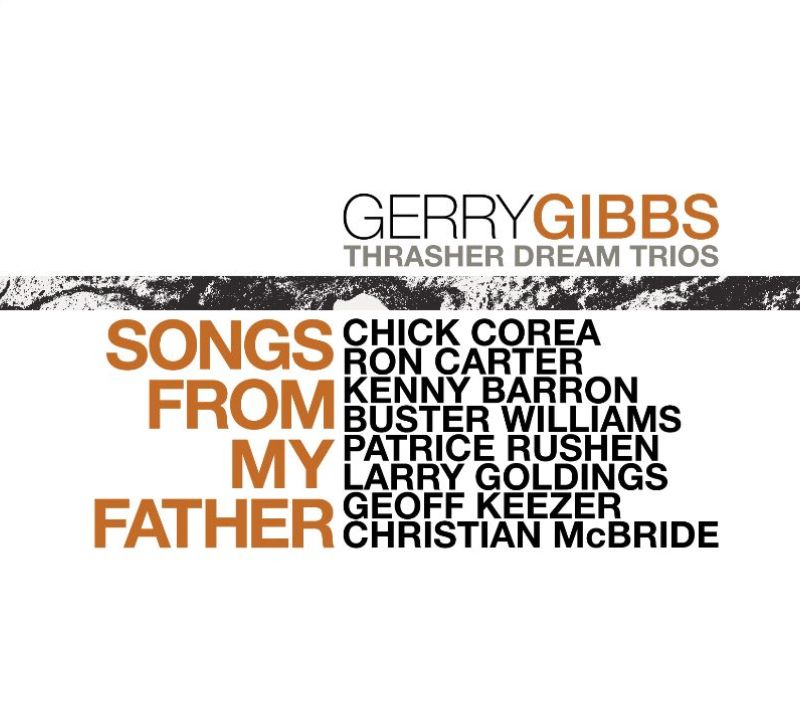 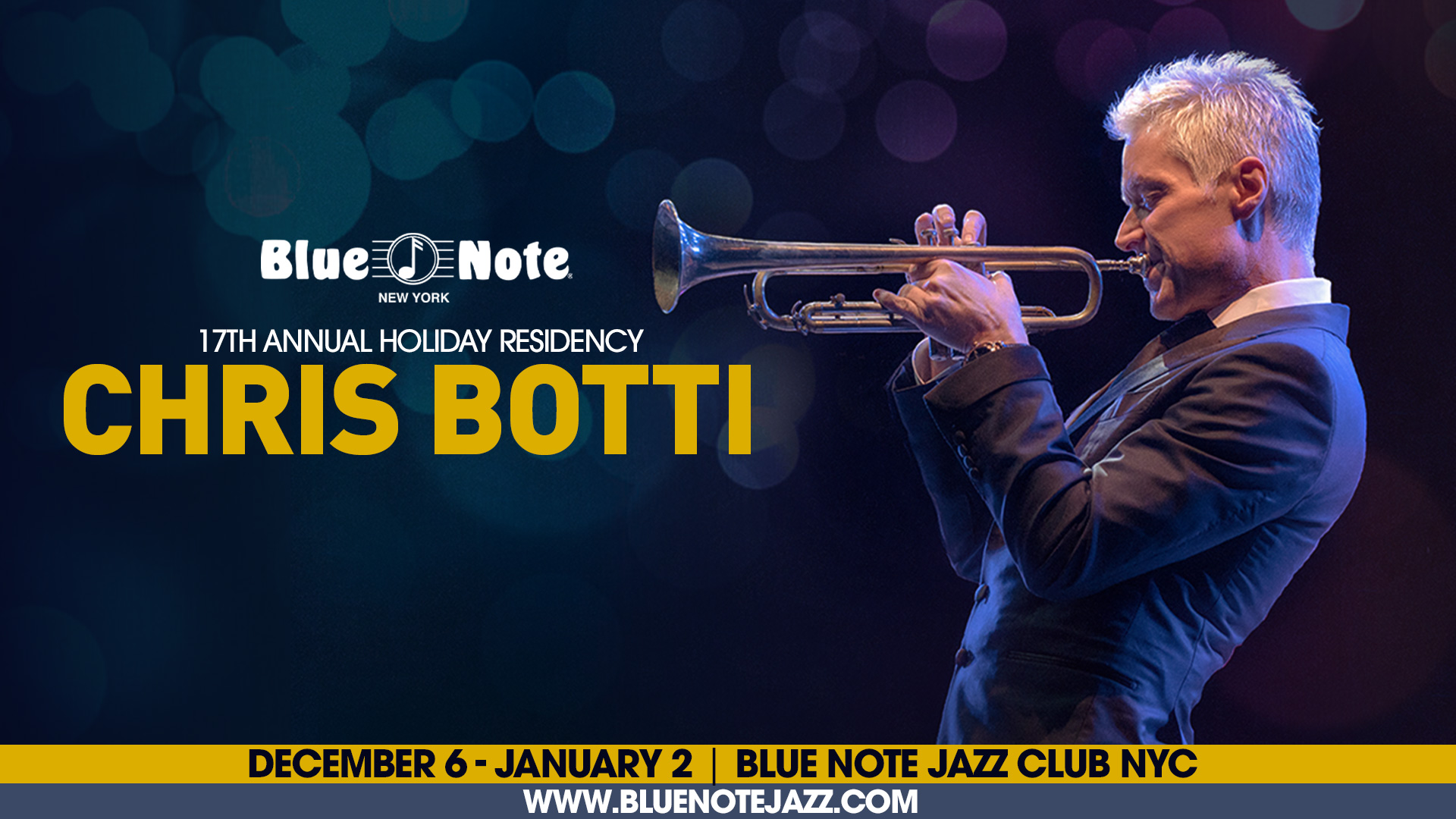 DJ D-Nice will close the DC JazzFest at The Wharf: DJ D-Nice will host a special dance party to wrap up the DC Jazz Festival‘s flagship event, DC JazzFest at The Wharf this year. The event will take place in DC’s premier waterfront neighborhood and destination on September 4-5 as a hybrid of in-person and live performances in front of a global audience. Click here for tickets and more information.

Concerts for the release of the Kevin Sun album: Kevin Sun will celebrate the release of his next album, , via a number of live and streaming performances, including at The Jazz Gallery in New York on August 19 and via a streaming album release concert on August 29. presents a new set of the saxophonist’s radically inventive original compositions inspired by Charlie Parker and will be released on August 29 via Endectomorph Music. 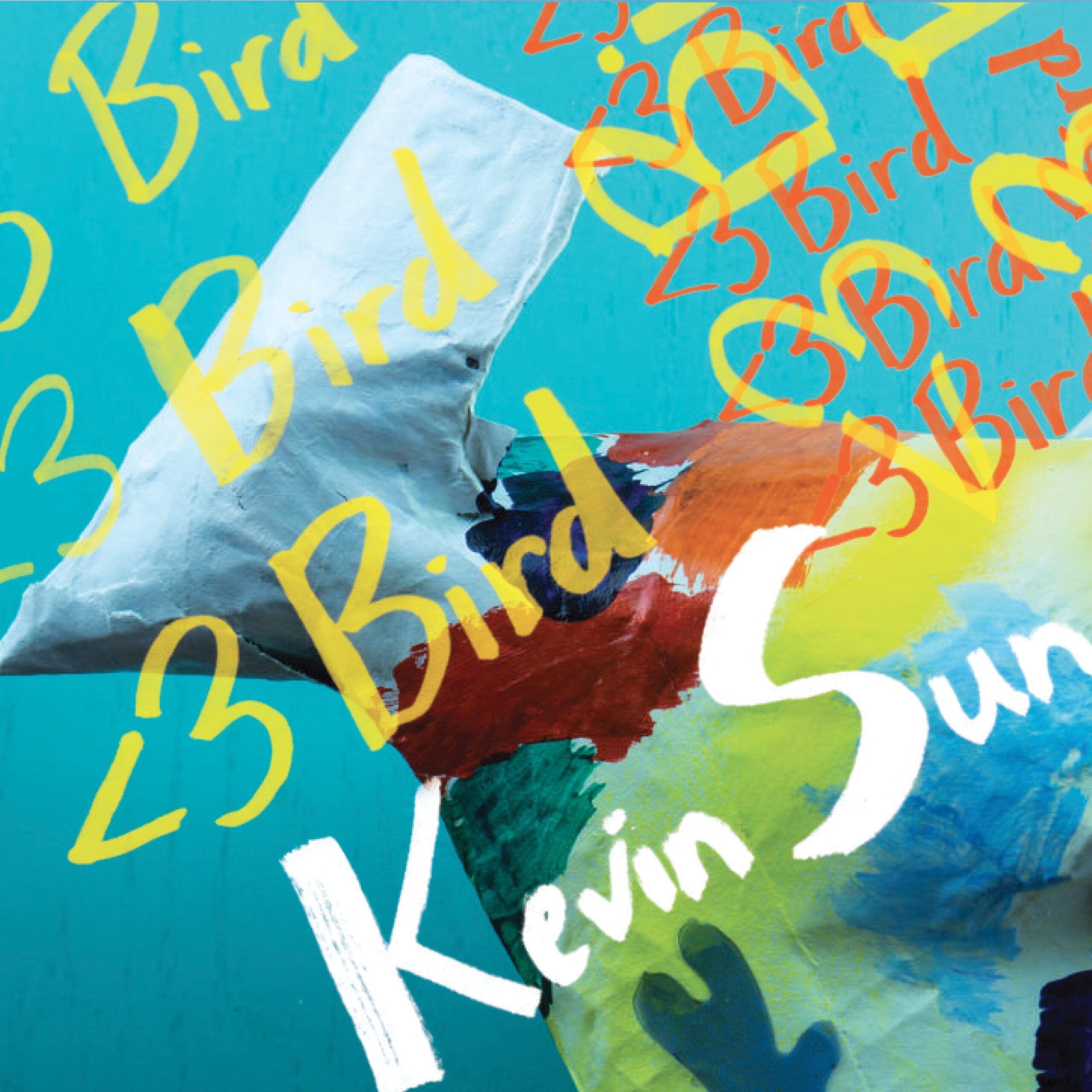 The new Dreamstage series presents the Saxony music scene: The HD streaming platform announced Music from Saxony, a month-long live music series bringing together more than 60 artists of various genres from across the German Free State of Saxony. The series takes place from July 10 to August 11 from the historic Albrechtsburg Castle in Dresden and the legendary Horns Erben Jazz Club in Leipzig. The series was created on the initiative of the Moritzburg Festival with the aim of helping professional musicians in Saxony overcome lockdown linked to COVID. Click here to find out more. 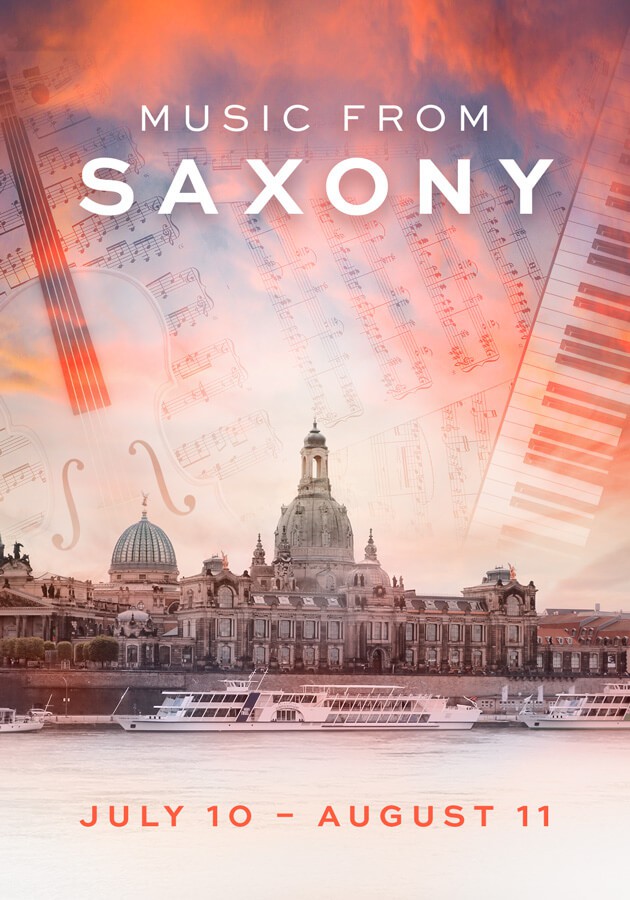 The return of the 92Y Jazz In July festival: The 92Y annual jazz summer festival, Jazz in July returns for its 36th season with two concerts for the public in person and live. Renowned pianist Bill Charlap will be joined by two of jazz’s most famous singers, Kurt Elling on July 20 and Dianne Reeves on July 27. The concerts mark the return of the three artists to New York City and the two hour-long shows will feature interpretations of American Songbook standards. Click here to find out more. 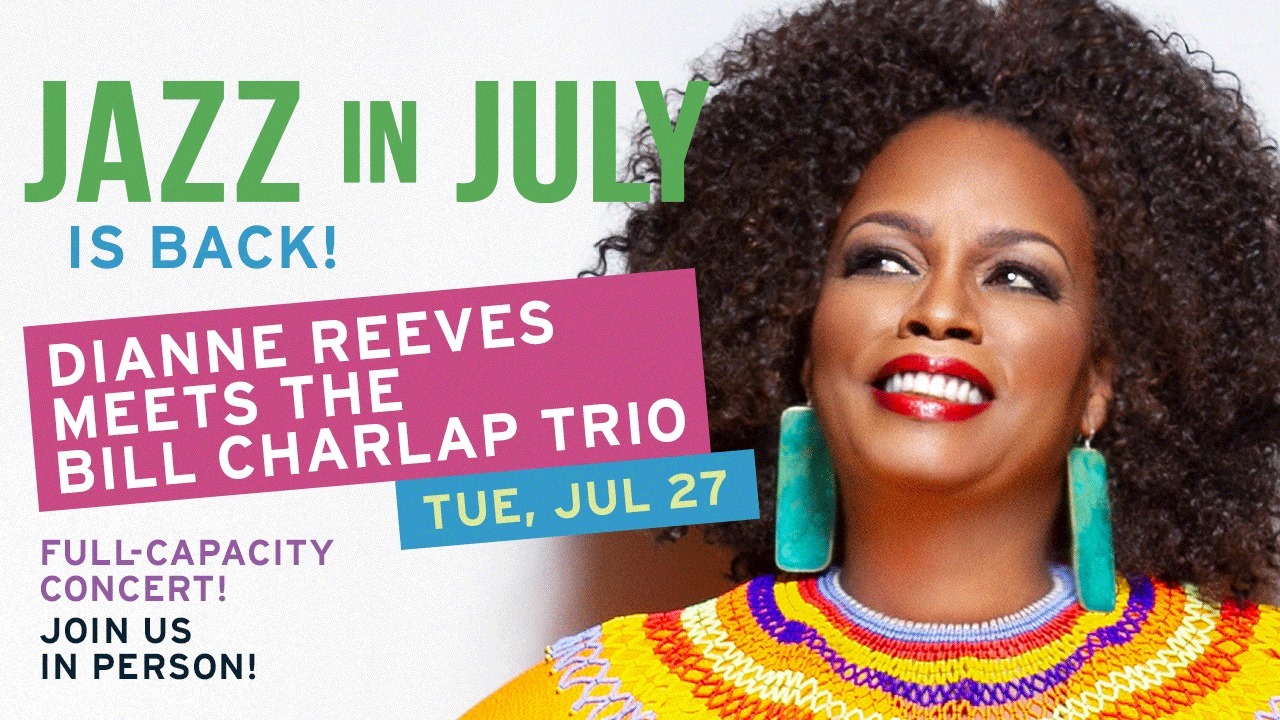 Kurt Elling announces the dates of his tour in the United States: Kurt Elling has confirmed a new set of US tour dates in 2021 ahead of the release of SuperBlue, his new album, on October 8. Elling’s new dates are spread throughout the summer and will see him perform with a variety of musicians, while the SuperBlue The group with Charlie Hunter, Corey Fonville and DJ Harrison will make their live debut at the Ravinia Festival in Highland Park, Illinois on July 13. Learn more about Elling’s upcoming concert dates on his website. 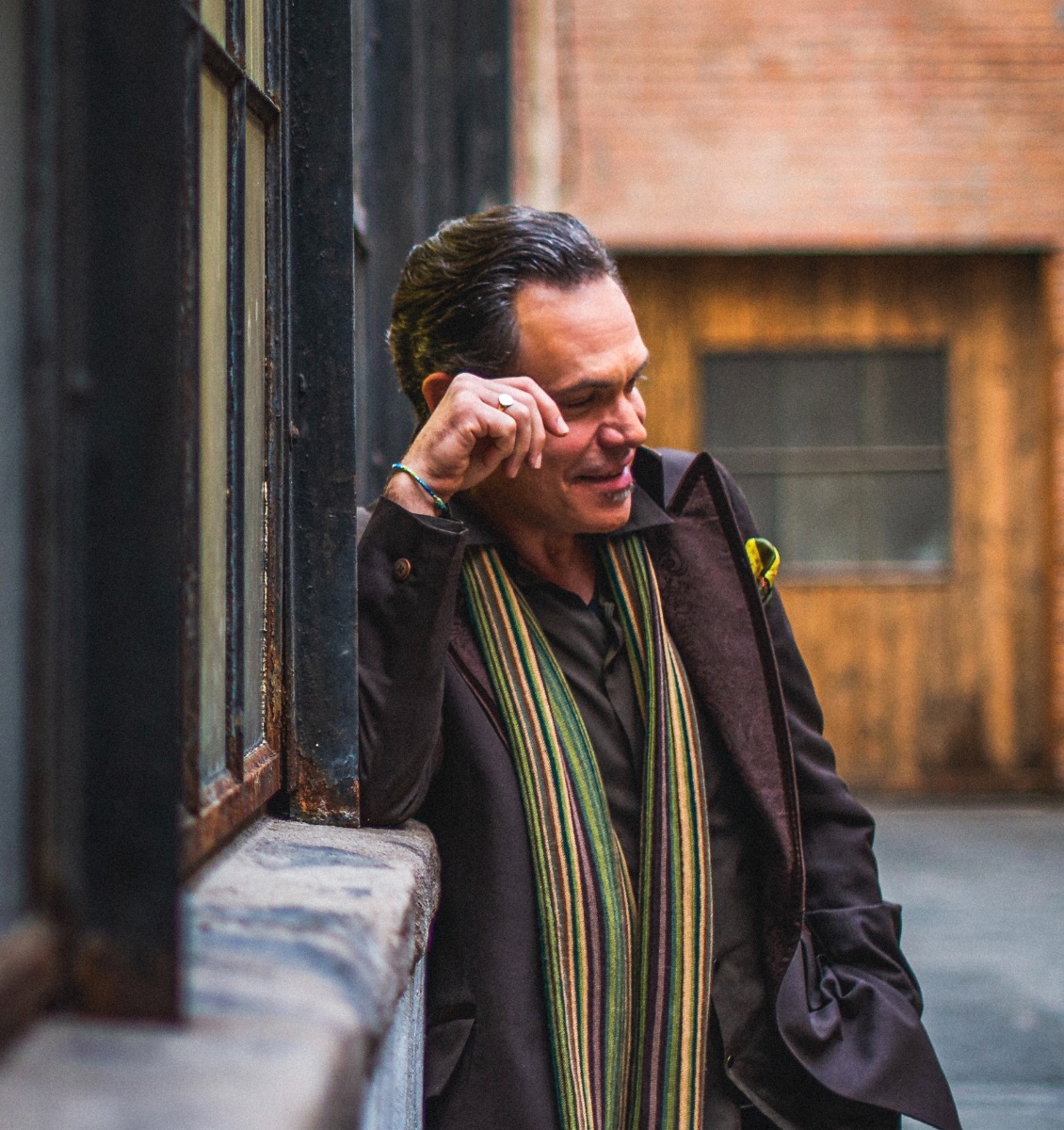 How important is bringing Mike Conley back? Can Utah improve with free agency, draft? – Athleticism

Julian Siegel Jazz Orchestra – ‘Tales From The Jacquard’ – News, reviews, articles and commentary from the London jazz scene and beyond