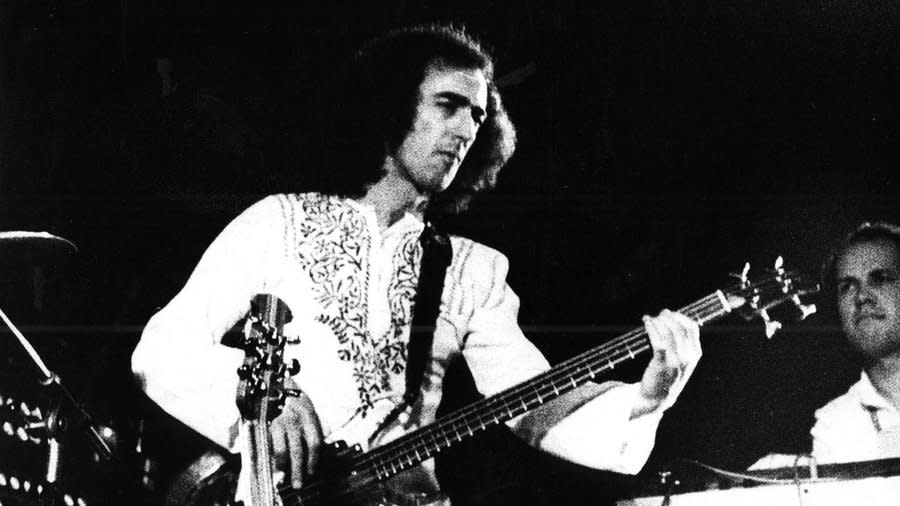 Rick Laird, whose bass guitar skills graced a number of jazz rock’s foremost fusion groups in the 1970s, died Sunday at the age of 80. No cause of death was given, but he had recently entered palliative care.

Laird’s work was among the pioneering groups of the Mahavishu Orchestra and Return to Forever in the 1970s, the decade when the genre took off. He has also worked with jazz greats Wes Montgomery, Buddy Rich and Sonny Rollins during his career.

Born in Dublin in 1941, Laird moved to New Zealand at the age of 16, then returned to the United Kingdom in 1962. While in New Zealand, he established himself on the jazz scenes of that country and of Australia as a double bass player.

Upon his return to the UK, he worked with keyboardist Brian Auger, touring with him and meeting his future bandmate, John McLaughlin.

Laird won a scholarship to Berklee College of Music in Boston and moved to that city at the age of 25. He then switched from the double bass to the electric model. This opened the door to a partnership with McLaughlin when he came to call to form the Mahavishnu Orchestra, one of the early pioneers of jazz-rock fusion.

Laird, McLaughlin, drummer Billy Cobham, keyboardist Jan Hammer and violinist Jerry Goodman have become a unit respected for their musical prowess and intensity, blending elements of classical, rock and jazz with live performances that have become a must-have for musicians. fans of the genre. Laird was with them from 1971 to 1973, playing on the band’s first two studio albums, including the first classic, The inner mounting flame, and its follow-up, Birds of fire. It was also part of a live album, Between Nothingness & Eternity.

He then moved on to live and studio dates for various band leaders, but briefly replaced Stanley Clarke in Return to Forever in 1978 (his former band leader in that band, Chick Corea, died in February).

After that, Laird released a solo album, 1979’s Soft focus.

He retired from music in 1982, focusing on photography, specializing in shots of some of the greatest musicians he knew.

McLaughlin wrote on Twitter, â€œRIP brother Rick Laird. What good memories we have. I miss you!!!”

Cobham also posted a tribute on his Facebook page, which read, â€œTo everyone who was close to the MO, you knew the most reliable person in the band was the bassist.

â€œHe played what was necessary to keep us from going off our musical tracks. He was my rock and allowed me to play and explore musical regions that I could not have traveled without his support!

â€œRick Laird said goodbye to this world at sunrise this morning. Already I miss his likeness and his voice, which figured in the powerful calm and authority he projected on and off the stage. The body is fine but the character will remain as an influence on everything I play for the rest of my life. I miss him already.

No information on survivors beyond a girl or memorial plans was immediately available.

Central Romania: the Jazz at Bran Castle festival returns with a new edition in August