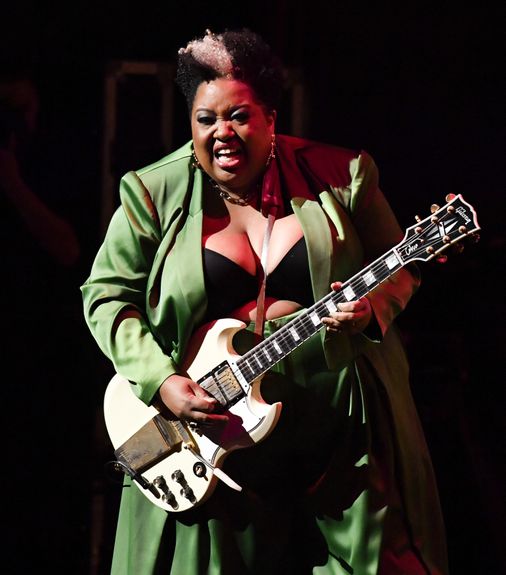 Get the Big Task

Your guide to staying entertained, from live shows and outdoor entertainment to what’s new in museums, movies, TV, books, restaurants and more.

These are all safe bets. For people who will be attending one, two or three days of the festival, we’ve combed through the lineup for some sideline recommendations.

Fresh from her jaw-dropping rendition of Joni Mitchell’s “Help Me” during the closing set of the Newport Folk Festival last Sunday, this wonderful self-taught guitarist has become a regular at music festivals, though she still owes us a debut album. When the Globe spoke to her ahead of Boston Calling in May, she explained her standard response for those who need a point of reference: “When people ask me what my music sounds like, I say, ‘C ‘is very good.’ ”

Formed while studying together in a college jazz program in Toronto, these young fusionists rose to prominence for their instrumental hip-hop covers and collaborations with Kendrick Lamar and Tyler, the Creator, among others. Their latest album, “Talk Memory” (2021), features string arrangements by veteran Brazilian composer Arthur Verocai.

Palladino, born and bred in Wales, has a rock pedigree, having played with The Who, John Mayer and Jeff Beck. But the fretless bassist was also one of the first rhythm section veterans to recognize the appeal of the late J Dilla’s unusual rhythmic sensibility, somewhere between straight time and swing time. It was featured on D’Angelo’s second album, “Voodoo”.

Best known as the frontman of London’s Sons of Kemet, the saxophonist has been a key part of the city’s jazz revival in recent years. Recognized internationally, he has been invited to play with Sun Ra Arkestra and Ethiopian jazz legend Mulatu Astatke. Sons of Kemet tuba Theon Cross has his own set planned for Newport, and they’re close with saxophonist Nubya Garcia. Expect plenty of appearances from iconic Newport guests and surprise visits.

Returning to Newport after a visit during his 2017 Grammy-nominated year, the Mexican drummer – another product of Boston’s musical lineup (Berklee, New England Conservatory of Music) – is probably best known for his innovative soundtrack from the black comedy “Birdman” (2014). The multiple Grammy winner leads the group behind their famous album “Bad Hombre”.

Barely in her twenties, she is one of the latest in a very long line of singers drawn to the precise calibrations and sublime global playing of the Great American Songbook. A former winner of the Sarah Vaughan International Jazz Vocal Competition, her brand new album features lovely versions of “Lover Man” and “Stardust”, as well as lesser-known standards such as “Only a Moment Ago.”

The composer and bandleader, who studied as a youth with the late jazz arranger Bob Brookmeyer, has distinguished herself in recent years for her thoughtful reflection on the consequences of Big Tech. His double album “Data Lords” (2020), based on work commissioned by the Library of Congress, was a Pulitzer Prize finalist. One track is called “Don’t Be Evil” – Google’s motto. You could search for it.

In the early 1990s, this trio was part of hip-hop’s brief but brilliant “Daisy Age,” when a handful of bands updated the hippie-era peace-love-and-Day-Glo for a new generation. Having reunited periodically since their breakup in 1995, Butterfly, Doodlebug, and Ladybug Mecca bring their hangout zone to Newport. At the time, their music featured nifty samples taken from Roy Ayers, Herbie Hancock and Grant Green. It was, as they dubbed it, a “Slick rebirth”.

The irony, however, is not. Hip-hop producers Adrian Younge and Ali Shaheed Muhammad (the latter founding member of A Tribe Called Quest) were instrumental in incorporating classic jazz samples into the music of their generation. Their “Jazz Is Dead” series released a slew of recordings paying tribute to the artists who made their world of sampling possible. In Newport, they will present their latest mashup, featuring guest star Doug Carn, whose 1970s albums with then-wife Jean are cult classics.

This Icelandic singer, recently graduated from Berklee, describes her music as “modern jazz”. It also has clear bossa nova notes. Judging by the dreamy early singles ahead of her upcoming debut album ‘Everything I Know About Love’ – ‘Dear Soulmate’ lands like rose petals – she’s bound to find common ground among Ella’s fans. (Fitzgerald) and Eilish (Billie).