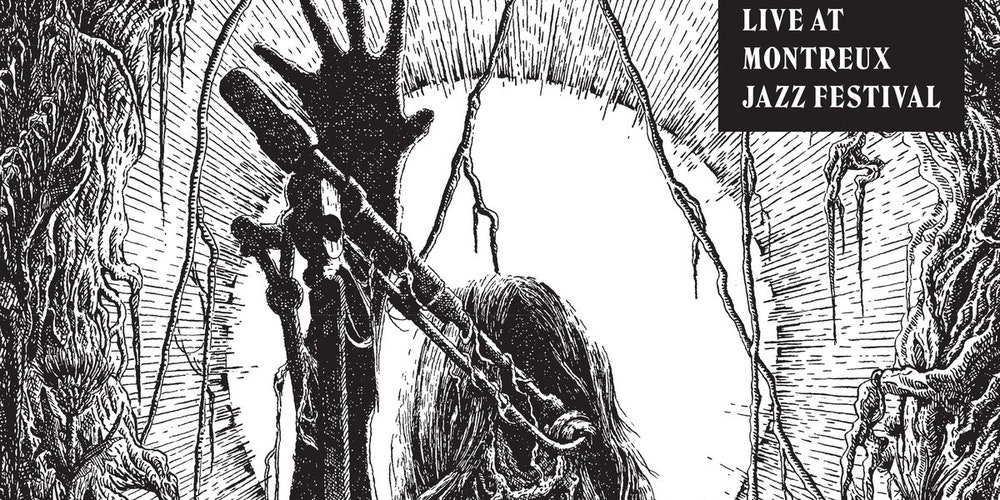 Last month, two scheduled Paris appearances by Swedish organist and singer-songwriter Anna von Hausswolff were canceled for a reason that, in our time of pandemic shutdowns and right-wing hysteria over censorship, seems strange: satanic panic. Von Hausswolff brings a religious sense of ceremony to her operatively heavy music, whether she shoves a single distorted chord into oblivion, struts and soars through gothic rock songs, or spins long, eerie drone passages. She often performs and records in churches, on room-filling pipe organs. The Parisian concerts had drawn a crowd of fundamentalist Catholic protesters to block the doors of the Notre-Dame de Bon-Port church, obviously annoyed by a lyric from Von Hausswolff’s 2010 song “Pills”: “I did the ‘love with the devil’.

Yves Tcheris, the priest who made the decision to cancel, admirably defended von Hausswolff, pointing out that he was acting out of concern for public safety and not because he agreed with the fundamentalists. Yet his deadpan denial of his supposed Satanism featured an unintended humor. Listening to von Hausswolff’s new live album, you might not disagree with the protesters about the wild and dark forces swirling in this music. There’s something subversive and threatening about doing it in institutions with histories of rigidity and repression – but maybe raising the hell a little isn’t such a bad thing.

In concert at the Montreux Jazz Festival was recorded in 2018, in an electrifying ensemble performance of material from dead magic and The Miraculous, von Hausswolff’s last two records at the time. The setlist does Living in Montreux an ideal introduction to his work for anyone drawn to the 2020 breakthrough All thoughts fly, his fifth album and first for Southern Lord, which cast aside his commanding vocals and backing band in favor of stormy solo organ instrumentals. Like Nick Cave, for whom she was opening for that night in Montreux, von Hausswolff is a brashly charismatic singer, with a menacing air that sounds both sincere and playful. She combines that theatrical expressiveness with old-school vocal virtuosity, as likely to stun you with a melodic leap as it is with a detour from purity. beautiful canto to the rock’n’roll growl.

Living in Montreux charts a rough pole-to-pole trajectory of von Hausswolf’s songwriting style. Opener “The Truth, the Glow, the Fall” is the closest thing to pop, the story of a doomed relationship over a deceptively bubbly organ ostinato. Closer “Come Wander With Me/Deliverance” is a 15-minute barrage, with doom metal riffs and raucous gratuitous improvisational passages that suddenly demote to chord changes that would sound at home in a symphony of l romantic era. The first mode’s hazy melody splits the difference between Cave’s killer ballads and Kate Bush’s art-pop fantasies; the latter’s Wagnerian rumble is more akin to Swans or Neurosis. Von Hausswolff and his band – guitars, bass, drums, percussion, synth, pipe organ – deliver both sides of their music with heart-pounding drama and careful tuning to the intricacies of harmony and arrangement. Even the ambient-leaning sections move purposefully, with each new layer added or subtracted pushing everything into a new place.

Von Hausswolff is not nostalgic, but his treatment of the rock concert as an ambitious and sometimes solemn spectacle has a retrograde appeal. In addition to more direct reference points, Living in Montreux also recalls, in a roundabout way, recordings like that of Tangerine Dream Ricochet and Pink Floyd Living in Pompeii, living 1970s grass-scented totems that gave musicians the sense of wizards and the stage as a place of conjuration. There’s nothing ironic about the music’s ominous heaviness, but it does have a sense of mischief. You can practically hear von Hausswolff smile as she slips into a vaguely demonic register during the opening section of “The Mysterious Disappearance of Electra”, turning an otherwise mundane line – “My feet are not enough” – into a unholy incantation. The climax of “Ugly and Vengeful” involves passages of overwhelming density and dissonance juxtaposed with largely unaccompanied vocal passages. The group prepares for a moment before returning each time, like a supervillain happily wielding torture devices before administering them.

Although Living in Montreux is an inviting survey for newcomers, it’s also worth hearing if you’re already familiar with the source material. Some songs, like “Pomperipossa,” are reworked for maximum strength, but the biggest rewards are more subtle: the delicacy of the drum fills in “The Truth, the Glow, the Fall,” the way the band pauses to breathe before the coda of “The Mysterious Vanishing of Electra”, or shifts the harmonies of its refrain by changing a single note. The next time von Hausswolff walks through Paris, those angry Catholics should give him a chance. His music may be diabolical, but it is not without grace.

Catch up every Saturday with 10 of our top rated albums of the week. Sign up for the 10 to Hear newsletter here.