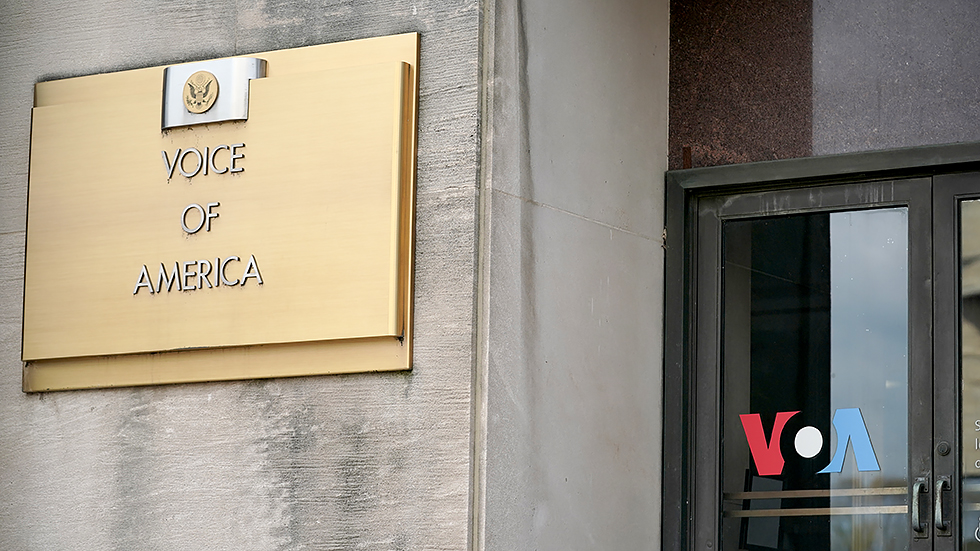 Sitting at the Newport Jazz Festival on a recent hot summer weekend, I was reminded of the power of music to bring us together in a spirit of peaceful coexistence – something that eluded us for months, if not years. .

The estimated audience at the height of this year’s sold-out event at Fort Adams State Park in Rhode Island was 11,000. Other than possible heatstroke, I saw no negative emotion in the large crowd. People sat in portable chairs, under tents or on blankets, swaying to the music of Norah Jones and Terence Blanchard.

Returning to polarized, partisan, and politically paralyzed Washington, DC, it occurred to me: America could use a little more jazz these days.

In the context of a new cold war with Russia and the war in Ukraine, one is tempted to imagine how we managed our image in the 1950s, when we were obsessed with the Soviet Union as an ideological enemy. How did we make ourselves known and understood in a deeply divided world?

One tool we used successfully when the world seemed overheated was music, especially jazz.

A bit of history: Seeking to expand American cultural power into a new era, the US government launched, in February 1942, nearly three months after the Japanese attack on Pearl Harbor, a radio station originally known by the plural ” Voices of America”. which became the singular “Voice of America” ​​(VOA). It still works today.

In the 1950s, at the height of anti-communism, America needed to up its messaging game. In 1955, the VOA devised a way to reach Europeans, and by extension Russians, with American chords and sounds rather than mere rhetoric to convey a sense of American innovation.

As Nicholas Cull writes, in “The Cold War and the United States Information Agency”, the VOA’s plans for 1955 included a “disk jockey program ostensibly aimed at Scandinavia but reaching the USSR, originally proposed by the U.S. Embassy in Moscow. Cull recalls how listeners in Europe on the evening of January 6, 1955, heard the uplifting strains of Duke Ellington’s signature song “Take the A-Train,” followed by the resonant, tobacco-accented voice of the host. and jazz expert Willis Conover. ”

Willis Conover and jazz enthusiasts like Rep. Adam Clayton Powell Jr. (DN.Y.) recognized that American jazz could be exported around the world with even greater resonance than political propaganda and would show a side of the America that embodied freedom even as the image of a racially divided country took hold. Jazz could handle the discordant notes.

In 1956, Powell arranged for his close friend Dizzy Gillespie to go on the State Department’s first goodwill jazz tour with an 18-piece band traveling throughout southern Europe, the Middle East and in South Asia. It garnered much praise, applause, and a headline in The New York Times that year, “America’s Got a Secret Sonic Weapon – Jazz.”

Jazz diplomacy, as it was known, took off in the following decades. At a recent photography exhibit at the Meridian International Center, there are images of Dizzy Gillespie in 1956 charming a serpent with his trumpet in Karachi, Pakistan; Louis Armstrong in 1961, surrounded by laughing children outside a Cairo hospital; Benny Goodman in 1962, blowing his clarinet in Red Square; Duke Ellington in 1963, smoking a hookah in Ctesiphon, Iraq. Throughout the 1970s, talented artists such as Dave Brubeck and Miles Davis toured the world performing on behalf of America.

In 1988, Conover said in “Jazz Forum,” “Jazz is the musical parallel to our American political and social system. We agree in advance about the laws and customs we follow, and once we reach an agreement, we are free to do what we want within those constraints. It’s the same with jazz.

The Complicated Calculation of Trump Prosecutions by Merrick Garland Republicans, Latino voters and an eye on Nevada

Today, there are still US government-funded music exchanges and jazz programs, but they lack the sparkle and passion of yesteryear. Congress continues to fund many of our nation’s educational and cultural exchanges, but the amounts pale in comparison to what America spends on defense and foreign aid.

In an age of social media, rampant disinformation, and intense struggles between democracy and authoritarianism, we should revisit the role of public diplomacy and cultural affairs as a tool in our foreign policy toolbox. Truth be told, we could all use a little more music in the world.

Tara D. Sonenshine is the Edward R. Murrow Professor of Practice in Public Diplomacy at Tufts University’s Fletcher School of Law and Diplomacy.