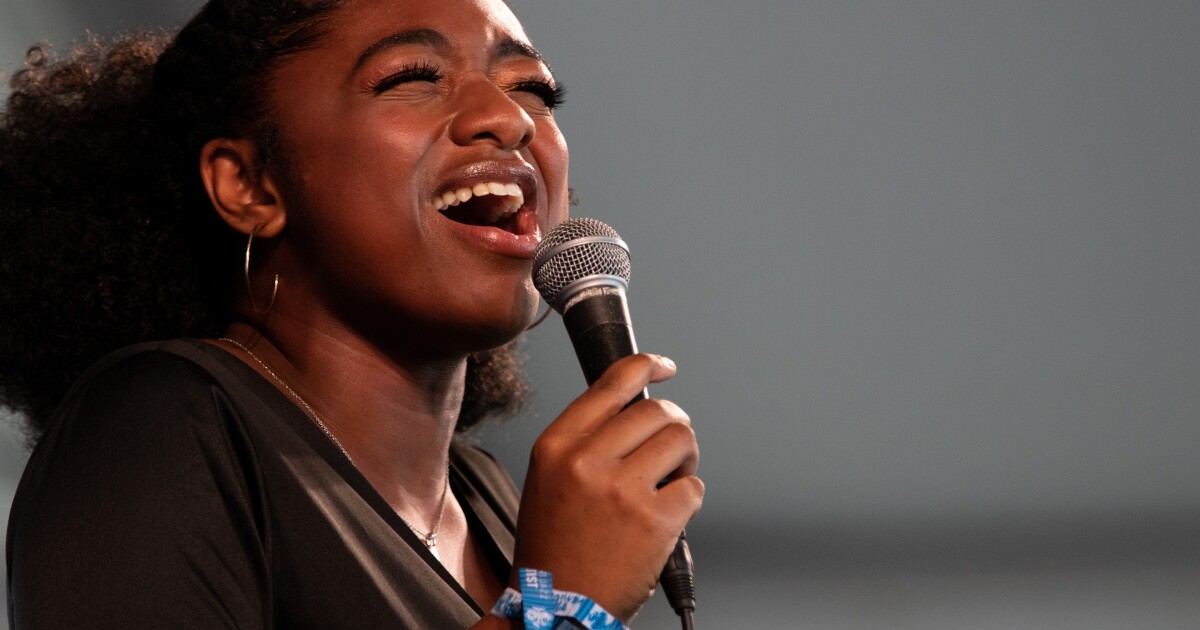 After pandemic disruption, the Newport Jazz Festival makes a poignant and euphoric return

At the start of his set at the Newport Jazz Festival on Sunday afternoon, Jason Moran left his position at the piano, stepping up to a microphone. “I’ve been thinking about what it means for people to come together and listen again, together,” he said, waving an arm toward the sunny crowd at Fort Adams State Park. His words carried layers of connotation, rooted in a shared understanding of something precious lost and found.

That sentiment ran throughout the 2022 Newport Jazz Festival, back in full after pandemic disruption. (There was no in-person event in 2020 and a reduced capacity in 2021.) But it was also its first since the death of George Wein, who co-founded the festival in 1954, setting a standard for the outdoor music presentation which he continued to refine and realign well into his 90s. So there were bittersweet notes even in the leaping exuberance of the weekend, as festival veterans like bassist Ron Carter and composer-bandleader Maria Schneider made their mark alongside newcomers like trumpeter Giveton Gelin and singer Samara Joy, who each made brilliant and auspicious debuts.

Another newcomer to the Newport Jazz Festival this year: Ozier Muhammad, a brilliant photojournalist who served on the staff of the New York Times for the last 30 years. A lifelong jazz fan, Muhammad was on the move at Fort Adams, capturing performers on stage and backstage. This smorgasbord of footage represents the smallest fraction of what he shot, but it conveys the spirit of the festival – up to and including its finale, an all-star tribute to Wein.

Led by Christian McBride, Wein’s hand-picked successor as artistic director of the Newport Jazz Festival (which is also host to Jazz night in America), it was both a poignant and euphoric celebration. His heavyweight team included some of the artists closest and dearest to Wein’s heart – like Cécile McLorin Salvant, trumpeters Jon Faddis and Randy Brecker, clarinetist Anat Cohen and pianist Hiromi. They all converged on stage for the closing number, a little nod to Duke Ellington’s “Cotton Tail” that summoned the sound and spirit of Newport Jazz Festivals past, while happily rushing along.