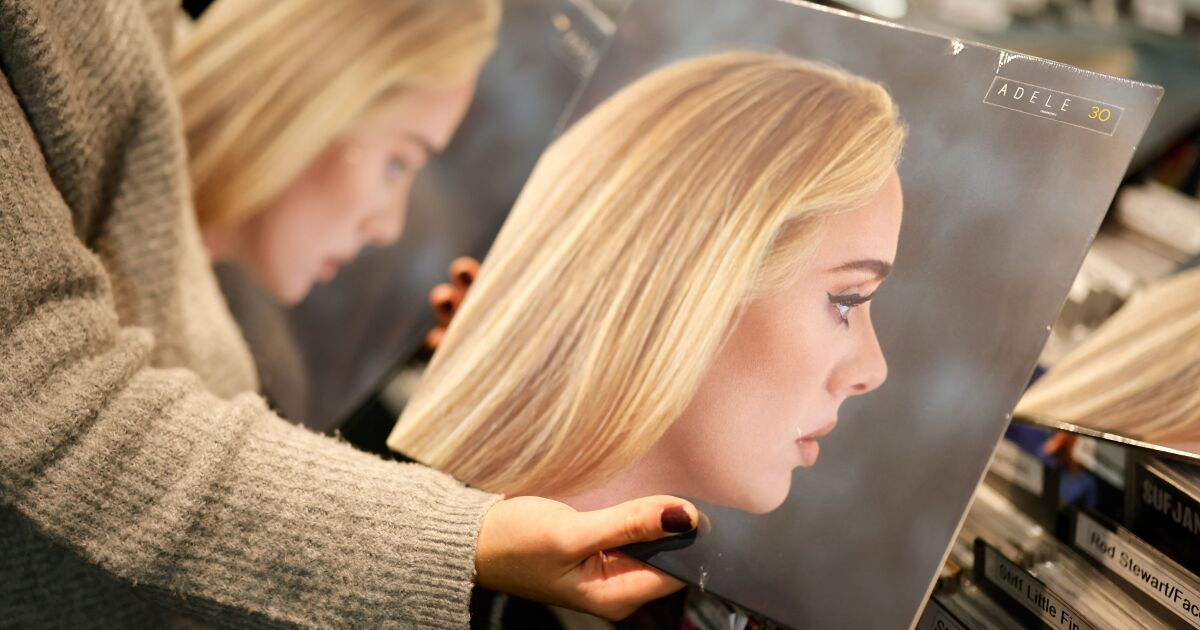 Adele’s ’30’ jazz banter is deeper than a sampled groove

At the start of the action 30, the juggernaut of a pop confessional that just happens to be Adele’s safest album to date, we get a curated glimpse into family intimacy. On a song called “My Little Love,” a series of interpolated vocal memos intensifies the guilt and vulnerability Adele carried in her post-divorce life. “Mum has been having a lot of strong feelings lately,” she says in one such conversation, speaking with her elementary school son, Angelo, who naturally asks for some clarification. Touchingly, Adele responds with complete frankness, admitting her own confusion.

This morning I played “My Little Love” for the first time while serving breakfast to one of my own children, a lifelong Adele fan. The exchange we had was much less emotionally charged than that of the song, but it started with a line that deserves to be remembered. “Wow, that’s really jazzy,” my daughter said, tilting her head as she listened.

That assessment struck me as fair, although the song’s stylistic heritage – right down to the gently stumbling melisma that concludes each line of the verse – clearly points in the direction of Marvin Gaye. “Jazzy-ish” has just the right amount of blur as a descriptor, while also acknowledging the subtle connections in the song, which was produced by former jazz pianist and Adele coach Greg Kurstin. The drummer on the track is Chris Dave, a rhythm genius who came to prominence in the Robert Glasper experience, and with D’Angelo and The Vanguard. (He also played on Adele’s 21, propelling the hit single “Rolling in the Deep.”) More than most of the other tracks on 30, “My Little Love” exploits harmonic plot and rhythmic ripple in a way that sounds … adjacent to jazz, at a minimum. Jazzy-ish.

Anyone familiar with Adele’s superhero origin story will know that she received her fair share of jazz training in the early to mid-2000s at the BRIT School, the elite magnet of the performing arts. who graduated Amy Winehouse just before her, and Jade Bird and King Krule since. There are times on 30, especially during the reggae rebound of “Cry Your Heart Out”, when I hear traces of the dashing phrasing that Adele favored in the pre-blockbuster phase of her career – a time when her musical instinct was still making comparisons with her peers, and his sound still had to harden into a style. Adele has never been more in love with jazz vocals than Winehouse, whose debut album, Franc, used the affinity as a springboard. But she knows the terrain.

Near the middle of 30, we come to “All Night Parking (with Erroll Garner) Interlude,” the only song on the album with a feature film credit. The catch, of course, is that Garner – a jazz pianist and composer known for his mischievous genius – died in 1977, aged 55. So what prompted Adele and her producers, Kurstin and Joey Pecoraro, to give her full collaborator status? Careful listening tells the story.

“All Night Parking” marks a pivot point on 30, from guilt grief to a form of spiritual and sensual liberation. Adele’s flirtatious and nostalgic lyrics make it clear what the song’s title is meant to conjure up. As for the music: The song incorporates a long sample of “No More Shadows,” a Garner ballad that sparkles with its trademark elaborate watermark. To be more precise, the sample – which Pecoraro has already used in his own track, “Finding Parking” – is from a performance by Garner in 1964 in a London television studio, for the BBC program. Jazz 625.

A month after this recording, which circulated for a long time on YouTube, Garner and his trio were polishing the song again in Amsterdam, during a concert that saw the light of day just a few years ago, like the album Night concert. (Full disclosure: I contributed to the sleeve notes.) In both live versions, the performance is touching yet majestic and as unapologetically romantic as a votive flickering next to a bouquet of roses.

Adele accesses this source material in a classic hip-hop fashion, taking inspiration from Garner’s piano and against a sober drum lineup. Sometimes Pecoraro shadows the melody of the song on a Herb Alpert-style trumpet. And Adele has a background chorus responding in her own multitrack voice, reminiscent not only of Motown conventions, but also their reconfiguration into turn-of-the-century hip-hop, by bands like The Fugees. Again: Jazzy-ish.

For many Adele fans, “All Night Parking” will be a curiosity, a deep cut on an album that rewards immersive engagement. The jazz evangelist in me dares to hope that a few listeners from this camp will take the time to pursue Garner further. As we recently explored in an episode of Jazz evening in America, his music and his legacy have continued to bring back new treasures: one of the madness-worthy releases of this year is a box set, Liberation in Swing: the story of Octave Records and the full concert in the symphony hall, from the same people who brought us Night concert.

But as we note Garner’s small contribution to pop’s latest juggernaut, let’s not forget he’s been here before. His 1955 album Concert by the sea was one of the best-selling instrumental albums of its time, the definition of a crossover hit. And Garner’s composition “Misty”, spiced up with lyrics by Johnny Burke, delivered a defining hit for crooner Johnny Mathis, reaching No. 12 on the Billboard singles chart, then becoming a pop standard. Like “No More Shadows”, it suggests a floating reverie, with a melody that is both elegant and easy. Mathis knew then, like Adele now, what a winning combination it could be.

Rudy Gay gorgeous in his jazz debut, bringing an extra dimension and roster possibilities to the team – The Athletic