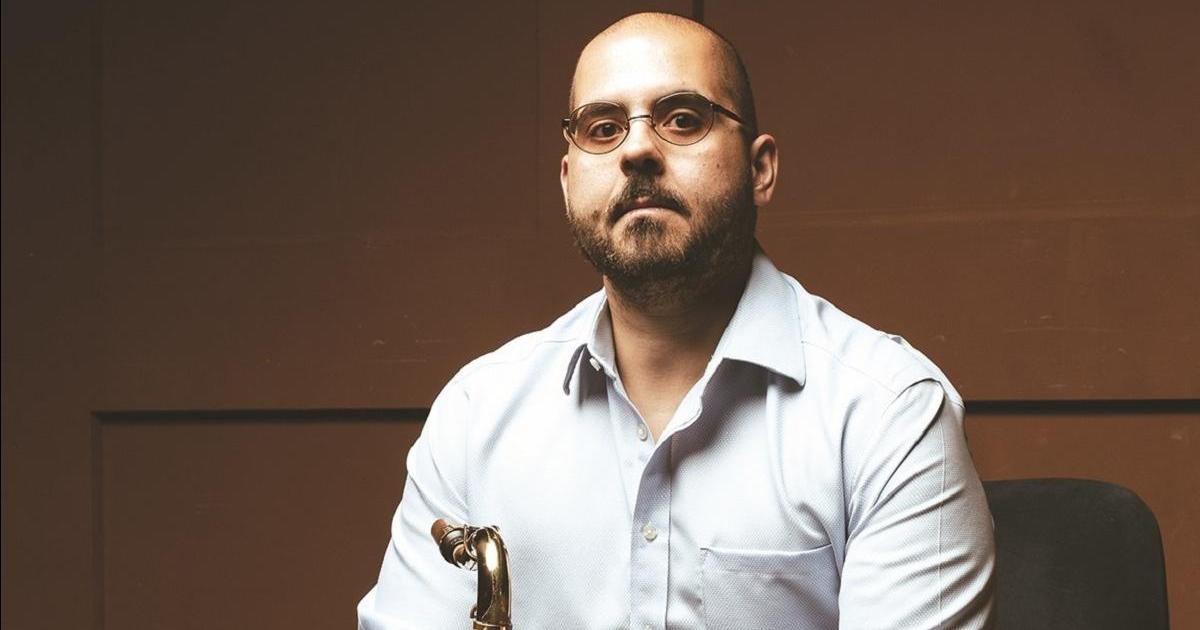 Maltese saxophonist’s fifth album Carlo Muscat entitled The diversity is a tribute to the music of black American artists and the lasting and profound impacts of their contributions to the genre. Recorded in Paris in 2020 with a selection of some of the city’s most prominent jazz musicians, the album covers a variety of works by Wayne Shorter, Horace Silver and Joe Henderson, among others.

Saxophonist Carlo Muscat has built an impressive and respected career on the island, both as a performer and as a promoter of live events through his music room Storeroom at Ta ‘Xbiex.

After a brief flirtation with the violin at the age of eight, a few years later, Muscat switched to the tenor saxophone, embarking him on a journey of personal and creative development that would eventually lead him to Paris in 2013 to continue his studies in jazz – a city he revisited last year for the recording of The diversity.

He describes his musical journey as “an incessant, expressive process allowing freedom of interpretation”. This latest album sums it up perfectly, displaying a strongly individual character while remaining true to the spirit and musical language of the original material.

The opening track of the disc, Six and four by Oliver Nelson, demonstrates a playful character that oscillates between different key centers in surprising but navigable ways, and is a fitting choice to open the album.

After establishing the main melodic material of the piece, the track gives way to a cheerful Muscat solo that clearly communicates his affection and deep knowledge of the genre, featuring flowing swing lines, a strong sense of character and harmonic changes. effortlessly.

This is followed by a rhythmically inventive double bass solo from Mauro Gargano which communicates strongly with the accompaniment of drummer Philippe Maniez who, in particular, creatively uses cymbals to both support the bass while still giving it ample space. space at the bottom of the mix.

The set then goes to After the rain by jazz legend John Coltrane, a track that effectively uses guitar and tenor saxophone playing in unison, but with some individual freedom – an approach that creates an interesting phasing-like sound effect.

Jinrikisha, the third track from Joe Henderson’s record features saxophone and guitar solos, this first solo offering from Simon Martineau on the album demonstrating the guitarist’s thoughtful approach to improvisation clearly built on years of experience and talent. harmonic exploration.

Its timbre fits perfectly into the sound world of the album, providing tonal clarity and a pleasant, well-balanced melodic voice. I especially enjoyed his sparse use of chords at the end of the solo, which help create a sense of urgency when the melody returns to the tenor.

The fourth track, Too early, a piece by one of the genre’s most recognizable and influential names, Duke Ellington, perfectly demonstrates the thematic creativity and unique voice for which the composer is known and loved, and opens with an inventive solo à la guitar that strongly uses melodic counterpoint and harmonic ideas in the different registers of the instrument.

A well chosen track for the album and which holds its place as the fifth track, To go for a walk (Horace Silver) presents a very pleasant and idiomatic melody, his singing character perfectly staged both in the main motif and in the later solos of Muscat and Martineau. Mahjong by Wayne Shorter follows – an offer that turns out to be a very nice deal.

The voicings chosen by Martineau in combination with excellent rhythmic work of support on bass and drums, in addition to the rich and melatic sound of Muscat throughout the repeated descending melody, bring to life the bright-eyed but relaxed character of the room.

The penultimate track on the album Hot Waltz (Sonny Rollins) begins with an angular discussion game between saxophone, guitar and bass. The piece includes a short but pleasant bass solo, giving Gargano space to step out of the mix with flourishing melodic fragments. The piece slows down rapidly to a satisfactory conclusion, led by the breathless descent of the saxophone into the low register of the instrument.

Closing the album, the exciting What I dig out of you by Hank Mobley features an upbeat main melody, leading to an equally fluid and energetic tenor saxophone solo. This work also provides a platform for Philippe Maniez solo, giving him the freedom to open up in a way that has so far only been suggested on the album.

What struck me was Maniez’s clearly melodic approach to solo, his very engaging use of drums creating defined descending pitch tracks punctuated by snare and cymbals. This track is a perfect choice to close the album, its “direct” jazz side, delivering a satisfying cadence to the album and leaving me eager to know more about this excellent quartet.

In conclusion, I really enjoyed this album, the choices of material included and the strongly idiomatic approach to the instrumental work creating the impression of a remastered – although in reality reinvented – album from a golden age of jazz.

Muscat and his fellow musicians should be applauded for creating a record which, while clearly respecting the genre and contributions of the jazz giants to whom he pays homage, nonetheless manages to carve out a unique sound for themselves.

The choice of songs on the album represents a wise and imaginative approach to programming, offering listeners an eclectic but focused body of work. I have no hesitation in recommending this album and look forward to the band’s next appearance here in Malta.

The album The diversity is now available on all streaming platforms and can be purchased on Bandcamp.com. For more information, visit www.carlomuscat.com.

Independent journalism costs money. Times of Malta support for the price of a coffee.