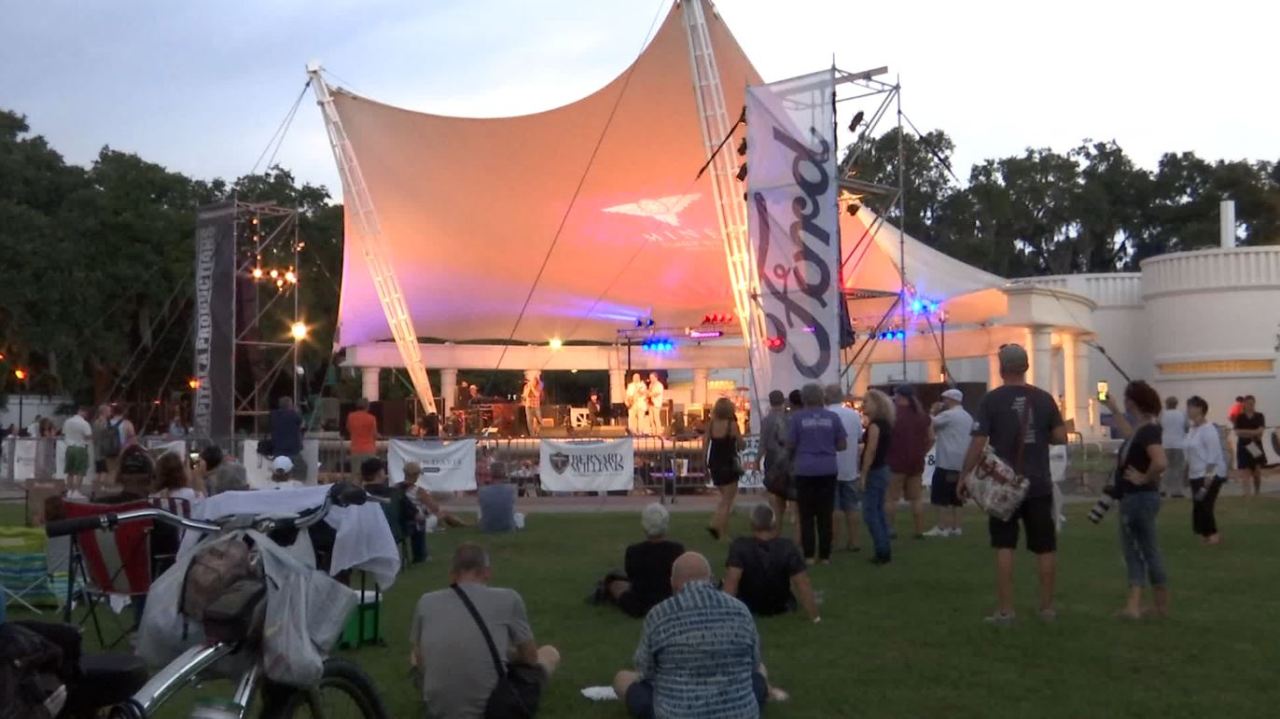 Savannah, GA (WSAV) – The 40e The annual Savannah Jazz Festival returns to Hostess City in late September. Organizers announced Friday that the festival will return this year with live performances at Forsyth Park.

This comes after Savannah Mayor Van Johnson announced that effective July 1, there would be no capacity limit for large-scale events.

Savannah Jazz, in partnership with the City of Savannah and WSAV, will host the free festival from September 23-26.

“We are more than grateful that the city and WSAV will continue their key partnerships to deliver the 40e Savannah Jazz Festival, on the verge of reaching our biggest audience ever, ”said Paula Fogarty, Acting Executive Director.

Watch all the performances of the Savannah-Safe Jazz Festival

Last year, WSAV broadcast all of the festival’s performances live from the Ships of the Sea Maritime Museum, reaching 175,000 people worldwide. This year, Savannah Jazz’s goal is to reach the largest audience in the history of the festival.

Discover the program below:

Ranky Tanky, a jazz band from Charleston, SC will headline the festival. The band’s music celebrates the Gullah culture of the region’s sea islands. Drummer Quentin Baxter, member of the Savannah Jazz Hall of Fame, will accompany the group. The group’s self-titled album debuted at # 1 on the Billboard, Amazon and iTunes Jazz charts.

The Savannah Divas supported by the Savannah Jazz Orchestra will headline Saturday night to showcase the region’s jazz superstars. Some of the stars include:

• Priscilla Albergottie Williams has been headlining in Berlin, Frankfurt and Stuttgart, Germany, and has performed across the United States.
• Cynthia Utterbach, originally from New Jersey, has performed worldwide in the musical production “The Buddy Holly Story” and across Europe as a jazz singer at festivals and clubs.
• Stephanie Nakasian, who recently adopted Savannah as her hometown, is listed in the Jazz Biography Encyclopedia as one of the best female singers in the world.

The 17-piece Savannah Jazz Orchestra will follow these performers for the first time since the 2019 festival. Jazz legend John Lee and Grammy-winning pianist Lawrence Hobgood will also perform. Lee began his career in the 1970s and worked with jazz legends as a Grammy-winning bassist and producer. Hobgood’s duet album with bassist Charlie Haden, When the Heart Dances, has received 4 star reviews worldwide.

Grant Green Jr., son of legendary jazz guitarist Grant Green, will appear in his first performance in Savannah. Green performed with the Godfathers of Groove with Bernard Purdie in New York and toured the world from a young age.

Robert Lee Coleman, bluesman from Georgia, will bring his southern interpretation of the blues to Hostess City. Coleman was Percy Sledge guitarist for five years. James Brown hired Coleman for his new band, “the JBs”, in 1970. Brown’s album, Hot Pants, features Robert’s guitar on the song Revolution of the Mind.

The music of pianist Kenny Banks Jr. has been described as “infused with gospel and blues” by Downbeat Magazine. Kenny joined the Columbus Youth Jazz Orchestra on tours in Peru, Canada and across Europe in 2003. Banks has toured with Theo Croker Quintet, Jennifer Holiday, Jazzmeia Horn and India Arie across the states.

The 18-piece US Navy Band Commodores have entertained the military and the public for 50 years. Ray Charles, Brandford Marsalis, Clark Terry, Grover Washington Jr. and Savannah Jazz Hall of Fame member James Moody are some of the legends who have performed with the group.

Ana Popovic, guitarist and vocal sensation will be the headliner of the Blues evening. The Serbian-born blues lady shared the stage with BB King, Buddy Guy, Jeff Beck, Joe Bonamassa among others. She toured America and Europe for 20 years and was nicknamed “one helluva guitar player” by Bruce Springsteen.

Don Braden, saxophone and flautist, returns with his soulful and swinging music. Braden has been a member of the Harvard Monday Jazz group and director of the Litchfield Jazz Camp for over two decades. Braden has also performed with Betty Carter, Wynton Marsalis, Freddie Hubbard and more.

The night I played ‘hot jazz’ with Louis Armstrong