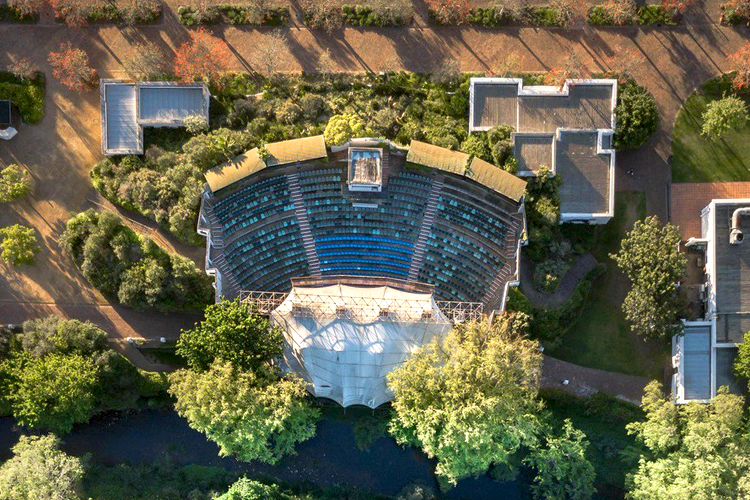 The 2021 Jazz and Classical Encounters Festival Vol 3 at Spier Amphitheater featuring some of South Africa’s best jazz and classical artists in a feast of contemporary music, will take place on Saturday, December 4, 2021.

The full-day festival at the Spier Estate Amphitheater in Stellenbosch starts at 12:30 p.m. and will touch your soul, with a mix of jazz and classical icons for eight hours. This special edition of the third unmissable event will pay tribute to several artists who have passed away for 12 months, including the legendary soprano… Petersen. Tribute, in particular, to the legendary soprano Mam Sibongile Khumalo and to the famous Cape pianist Andre Petersen.

The event includes refreshment breaks and a chance to soak up the exquisite atmosphere of the estate.

The show will open with SAMA 2019 winner pianist Bokani Dyer and his trio, who will present “Neo Native” with Sphelelo Mazibuko on drums and Romy Brauteseth on bass. Dyer, a multiple award-winning South African pianist, composer and producer, graduated with distinction from UCT and received two international scholarships facilitating training and masterclasses with world-renowned musicians.

Bokani Dyer will be followed by the astonishing soprano Zandile Mzazi accompanied by Yohan Chun on the piano and François Botha on the double bass. They will present works deeply linked to the illustrious career of Mam Sibongile Khumalo. The Eastern Cape offered the country and the arts and culture industry the sensational soprano opera musician, Mzazi.

In addition to being recognized by local music organizations, Mzazi has won numerous competitions and awards for his musical genius in places such as Vienna (Austria), Germany, Italy and the United States. Her mother was the biggest influence for her hard work. She says, “I worked hard, I sacrificed myself, I didn’t have a normal life growing up, and I didn’t have time to go and play with dolls or other girls. It was home practice and school practice. His hard work certainly paid off …

One of improvised music’s foremost violinists, Elinor Speirs is a sought-after performer of the jazz and avant-garde scenes of New York and Boston. Originally from South Africa, Elinor began her career as a classical violinist in London, quickly realizing that a life in performed music was not suited to her explosive creative energy.

The fourth act is New York-based South African pianist, composer and producer Kathleen Tagg. Nominated for the 2014 South African Music Awards for Best Classical Album, she has performed on four continents with a multitude of leading musicians, and the breadth of her collaborations defines her multifaceted career. Over the past decade, Tagg’s work has focused on identity, ideas of connection, and sound exploration.

For six years, she has toured four continents with David Krakauer in acoustic and electric configurations. In 2017, she and Krakauer created Keepers of the Flame, a theatrical musical event lasting one evening for the annual Misterium Mostu festival (Mystery of the Bridge). In 2019, they created an immersive concert-lasting concert experience with video designer Jesse Gilbert for the Pierre Boulez Saal in Berlin, with Kathleen as playwright, co-creator and producer. Tagg has produced all of his own albums, from classics and classics to his 2016 album. Where the worlds collide with South African jazz pianist Andre Petersen.

She will present a solo set from her “piano orchestra”: a grand piano augmented with many layers of loops and samples all created from the body of the piano to create a giant orchestral texture. The program revolves around paying homage to his duo partner and dear friend, the great South African jazz pianist and composer Andre Petersen and his spirit of exploration, openness and deep curiosity.

The festival will end on a high note with the return to the stage after a 2-year absence of one of South Africa’s greatest jazz artists, the legendary New Brighton-born trumpeter Feya Faku. Brighton-born new trumpeter Feya Faku started playing music informally at a young age and enlisted the help of local musicians. He then enrolled at the University of Natal to study with Darius Brubeck. It was there, in Durban, that his career blossomed.

With Zim Ngqawana, Melvin Peters and Lex Futshane, he formed a group that supported all the great South African musicians who came to perform at the Rainbow Jazz Club and at the restaurant. In the late 1980s, Faku began to travel the world with artists such as Abdullah Ibrahim, Bheki Mseleku, Mankunku Ngozi, Sylvia Mdunyelwa and many more. He has recorded 6 albums under his leader name and has been featured on many more with artists around the world.

Feya will release 2 CDs which he recorded in 2021 in Switzerland after a long time without music due to health issues. One with a Sextet and the other in duo / trio format. Recordings dedicated to Sibongile Khumalo and Andre Petersen.

The organizer and co-producer of the Festival Jazz et Rencontres Classiques 2021 Aymeric Péguillan, of Pegs Music Project, said: “Another very difficult year in many respects has passed, and one in which we unfortunately lost many incredible artists. Thanks to their musical heritage and the legacy they left us, we can rise up and celebrate them, and through them, spread a message of love and joy.

This year, we will pay tribute to 2 immense artists and educators of jazz and classical, the incomparable Mam Sibongile Khumalo, a beacon of excellence in vocal performance both classical and jazz, and the unique talent of pianist Andre Petersen. We hope that this very special 3rd edition of the Festival will bring a big dose of joy and energy to our audience and our followers.

Péguillan, co-producer with Penny Lane Studios, adds: “We are delighted to continue despite the restrictions and limitations, and to continue the journey started 2 years ago, where we present the best of two musical art forms that highlight uniquely value our South. African identity.

The spectacular Spier Amphitheater is the perfect venue to showcase these spectacular musicians and performers and has several outlets for picnics and casual dining.

Adele’s ’30’ jazz banter is deeper than a sampled groove